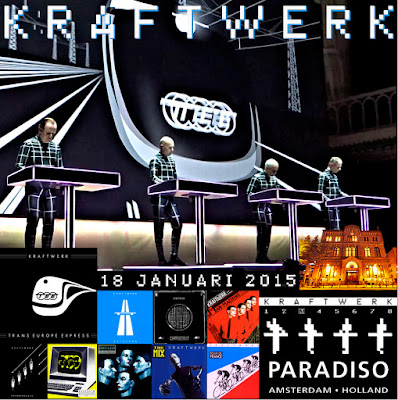 So with this gig we have the start of something special. If 'Autobahn' and 'Radioactivity' laid the foundations for what was possible with electronic music, Kraftwerk's 'Trans Europe Express' was the cornerstone of the palace that Kraftwerk were soon to construct. I am listening to 'Europe Endless' as I write this and it still, many years after I first heard it, sends shivers down my spine. The essence of Europe and part of how I feel.
Not deliberately invoking politics here, but that's the way it takes me. My small immediate family is British, German and Latvian, I work within the mechanisms of the European Union, that is my job, the roof over my head. I love London, almost each and everyone of our English Towns, even cricket on the village green (even though a cricket scoreboard is and probably will always unfathomable to me!). But, the cities of Europe take me the same way, different but wonderful!
I remember one of the family's frequent visits to Germany, the maternal side of my wife's family come from Dusseldorf/Leverkusen and on this occasion Gunta and I were standing next to each other on one of the multitude of Cologne Stations platforms. Directly up ahead was the iconic neon ad, built into the stations fabric, for 4711 kölnisch wasser, whilst on one side loom the blackened twin spires of the Dom. On a platform departure board the Moscow and and Vienna trains were announced (sure beats Victoria's announcements of trains to East Croydon, Burgess Hill and Brighton!). Then, oh Lordy! I spy the Trans Europe Express that sits waiting on a platform on the other side of the station. I have very little interest in trains, but some trains and lines hold a certain sense of romance and adventure, the TEE being one of them for certain.
'From station to station
Back to Düsseldorf City
Meet Iggy Pop and David Bowie
Trans-Europe Express'
Ha, after this hellish COVID blighted year, what would I give to be standing on the same spot this weekend, or even better in a nearby bar with the first of many Kölsch beers in front of me.
Until such times I raise a glass (make that a can) of Kronenburg 1664 (not having any of the German stuff in the house at the moment) to the late, great Florian Schneider, whose death was announced in the same week that we lost Dave. 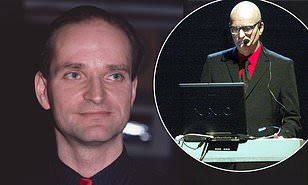