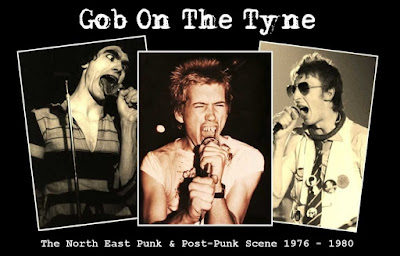 Last month I was contacted by a guy called Martin in connection with the T-Rex/Damned review that I posted. Amongst other things he wanted to highlight the upcoming book on the early punk scene in the North East.

Details can be found here:

Of The Stranglers contribution he had this to say:

'The Stranglers were one of the first Punk bands to play in the NE (Newcastle Poly and The Rock Garden, Middlesbrough, in early '77). I heard that they also played at Teesside Poly in '76 although I haven't had it confirmed. They also played at the City Hall, Newcastle, in mid-'77 with local band Penetration supporting. I've been in touch with several folks who attended those gigs and have some great stories and photos. I asked JJ what he remembers about the Poly gig, to which he replied, 'Fuck all.'

Email ThisBlogThis!Share to TwitterShare to FacebookShare to Pinterest
Labels: Gob On The Tyne