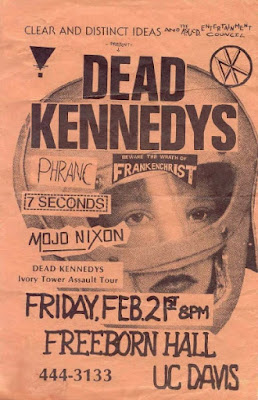 This is I believe the last gig that the DKs (in their original incarnation) played before the court case and split. I have said elsewhere on this site that I was fully anticipating seeing the band in the UK in 1986, but thanks to Tipper Gore and the blessed Parents Music Resource Center (PMRC) the band were broken.

Everything the Dead Kennedys did was just fantastic and whilst 'Fresh Fruit for Rotting Vegetables' will always be THE album in most people's eyes they were consistent. For me every one of their albums has stood the test of time. They were a constant thorn in the side of complacent, conservative America.... God knows what they would have produced in the face of the current situation and the unfortunate incumbent in the White House.

This set features much of the material from the 'Frankenchrist' album. 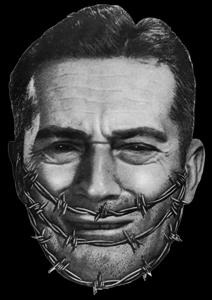