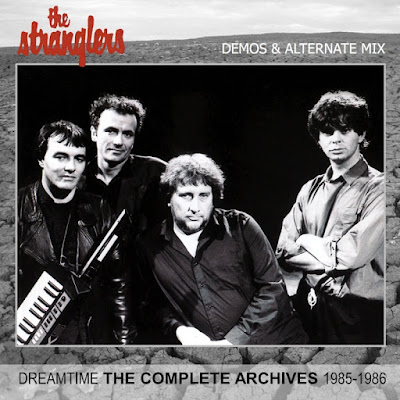 OK, OK so some of these recordings were laid down in 1985 but the album that became Dreamtime was a big part of my listening in '86. It's funny looking back at it now (and terrifying to realise that it is 32 years old this year!). It is so of its time and so un-Stranglers in that they were forced down that '80's avenue of over production that lead to THAT mid '80's sound that every band or pop star seemed to have. I mean just look at what Dave is holding...... does that spell out Stranglers to you? There were some good songs on the album. 'Always The Sun' may be a song that perhaps many would like to see rested in favour of something less usual, but it remains to be a brilliantly constructed song. Likewise 'Dreamtime' is a notable track. Again it is interesting that as was the case with 'Aural Sculpture' (although not to the same extent) some of the songs that did not made the final album cut (only being consigned to B-Sides) were superior to some of the tracks that did feature on 'Dreamtime'. 'Since You Went Away' ..... and how on earth did 'You' not make the grade!?

Anyway here are the demos in all their work in progress glory. Thanks as always to Eric! 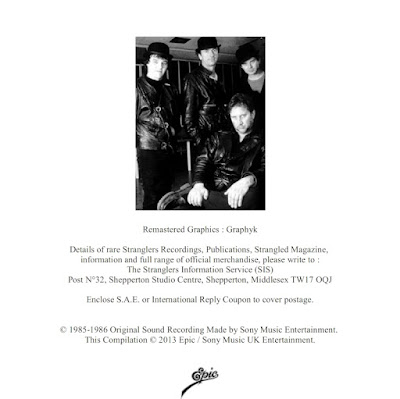 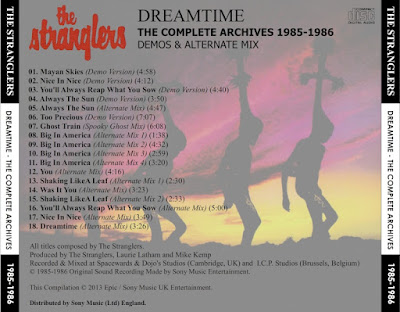 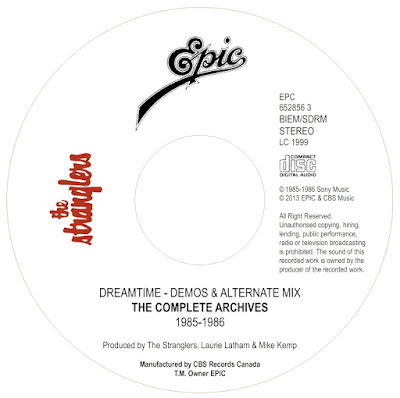 Email ThisBlogThis!Share to TwitterShare to FacebookShare to Pinterest
Labels: 1986, The Rat Zone, The Stranglers