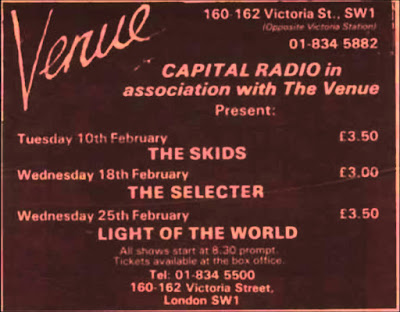 The Skids seem to be the band of the moment and, based on my experience of them last year in Cambridge, rightly so. Ever popular among The Stranglers contingent here is a nice little radio broadcast from February 1981 that was staged by London's Capital Radio. A search on the net indicates that this was Stuart Adamson's last ggi with the band.

Email ThisBlogThis!Share to TwitterShare to FacebookShare to Pinterest
Labels: 1981, The Skids