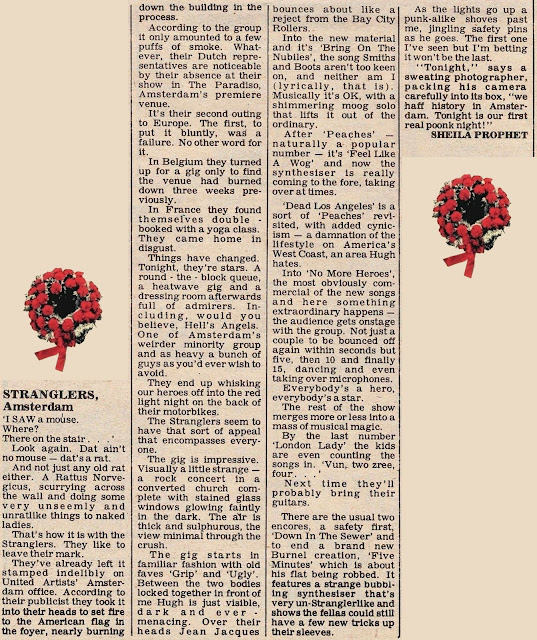 Take a few minutes to read Sheila Prophet's review of the band's first appearance at the legendary Paradiso venue in Amsterdam. I was intrigued at the mention of 'Dead Loss Angeles'.... 'a sort of 'Peaches' revisited, with added cynicism - a damnation of the lifestyle on America's West Coast, an area Hugh hates'.

There is no denying that Prophet is describing that song.... but in September 1977!! Was it in the soundcheck? It does not appear in the bootleg that I have of the gig that can be found here.