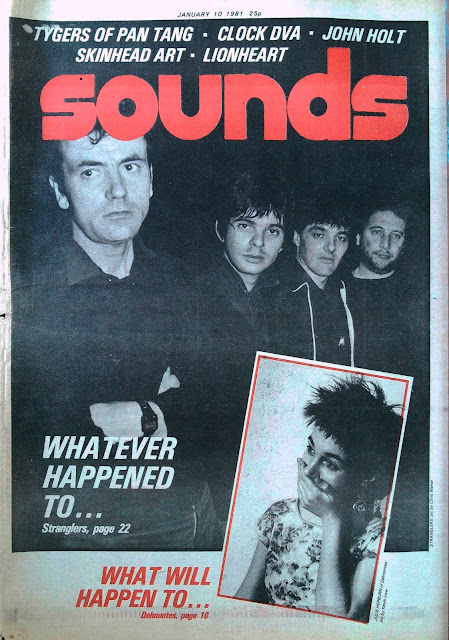 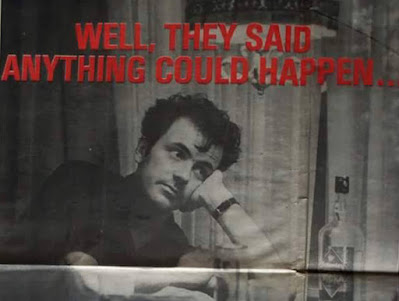 "We've got more of a following here than we thought we had when we came over,'' adds Dave, who says the whole thing reminds him of their early days in England, including the bad reviews. "It's surprising and it's refreshing really."
In England, they feel-- to a certain extent that their fans are so hardcore and loyal that they'd love them if they got onstage and blew their noses or sang Neil Young encores. "We're not scared of a challenge,'' swears Dave.
Generally speaking, they say, things have been going pretty well for them in England even though "We're hardly ever there . We've always had a basic die-hard following,'' says Hugh, "that has always been there, and adverse press reports that makes them even more diehard and makes them distrust the press even more. Basically we get less and less airplay as time goes on and Just get to be completely ignored. It's like they've got the philosophy in the media of, well if we ignore them they might go away, but here we are and here we stay …I think because our music appeals to a wide cross-section, no fashionable cliques.
"We started out playing everywhere where other groups feared to tread. We'd go to all the tiny corners in England where there were pockets of kids and they'd say 'Wow, we've never had a group out here, you're the first to come here' so they remembered that and when the record came out they all rushed out and bought it and it suddenly went into the charts without us being 'fashionable'. We're getting a cross-section audience out here too which is great, very healthy."
Not too many women though?
"I don't know, I see a lot of women at our gigs, loads."
The manager suggests they're cowering at the back while the slammers slam away at the front'. As for their not so-good reputation among females in the past, Hugh sighs and says, ''We've
always been misunderstood''.
So clear up the misconceptions then. The Stranglers are just four nice clean boys trying to earn an honest penny?
"Yeah, we always have  been, it's just that people always took us the wrong way. An example of that is me reading out that poem and everyone thinks I'm anti-American just because I read out some filthy poem that I saw on a wall that titillated me. We just get misinterpreted. Maybe we just don't speak plain English enough or something. We got to be less subtle, more direct. Shall I commit suicide now or wait until after the last set?" he recalls with the words that upset the audience doing their  little best on opening night.
What with Hugh's well publicized spell in prison, 1980 hasn't exactly been The Stranglers' favourite year.
“There's always been problems before’" says Dave, "but this year certainly had the worse. The years before kind of pale into insignificance beside it, but I think it’s changing now slowly. The crew have got that feeling as well, I don't know why. Things are starting to pick up again, I feel. Our luck will get better". 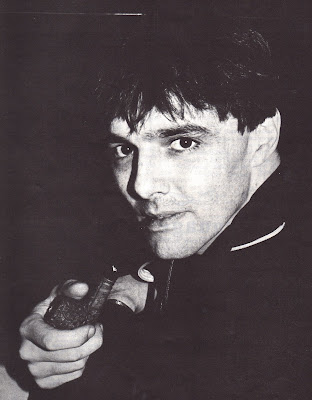 There’s one big hurdle first, the trial resulting from the so-called 'riot' in France, an expensive and frightening fiasco, the general feeling over there being that Jean-Jacques as a Frenchman should know what he was doing. Quite understandably this isn't the band's favourite topic of conversation. ''It's just like living day to day at the moment,'' says Dave.
After this tour and the court case they'll sort out the equipment problems somehow, "then another tour, England and Europe maybe''. They've chosen not to work in Europe for some time, feeling that the old homeland is “a bit more paranoid than it was, a lot of people out of work, so the music's getting more desperate with imminent destruction right on the doorstep''.
It would seem that the Stranglers music is getting more escapist in comparison, their next album 'Meninblack' being the nearest thing to a concept album they've done with a UFO-ish theme. ''This album'', says Hugh, "is the first one where all the tracks have a cohesion about them. They're all dealing with strange phenomena."
Dave: "And alternative ways of looking at religions through these extraterrestrial phenomena. The nearest we've done to a concept album."
"We're not the men in black'', says Hugh, reminding us of the MIB on the cover of 'Rattus' standing at the window in the back of the photo, and the song 'Men In Black' on 'Black And White'.
"The men in black are a phenomenon that occurs all over the world, people seeing UFOs and sighting strange phenomena and getting visited by men wearing black suits and hats and open-toed sandals and drive around in Fifties cars and enter people's houses and speak to them and after half an hour or so they leave again and they put these people into trances with thought implantation or whatever…”
Dave: "Hypnosis. They impart information that if the people are saying too much about what they've seen, they won't say anything any more."
Hugh: "There's been lots of reports in the journals all over the world. They're sort of Close Encounters really. These guys have no facial hair and they sort of resemble human beings but aren't the bona fide thing.'' Sounds like the Knack to me. "These people never see flying saucers again, or they die or disappear afterwards or strange things happen to them. It is (he adopts a mysterious Doctor Finlay accent) a strange occurrence."
The music is appropriately spacey. "It's not just a collection of songs. It's very moody music and a lot of it's very spacey and more varied in style. You can't really talk about your music.''
As for solo albums. "We haven't got much time at the moment. If we have we'll do them. I think Jean's been working on a few tracks,'' says Hugh. "I've got loads of ideas but there's no time, and we've got a lot of new Stranglers material to work on, so all of your ideas go into that. You only do solo stuff if you've got spare time and spare ideas and we've got neither.'' Dave will do one at the end of the tour once he's got new keyboards all in the right working order.
No plans to produce any local bands, though they've been given several tapes along the way, all the band listen to while in America "I listen to very little American stuff,'' says Dave. "It's usually too dated culturally and musically.''
Adds Hugh, "I've heard some nice things when guys come up to you and say, 'Hey I've got a band too' and give you tapes. The Lobsters (from San Diego) are pretty good.''
They can't afford to be patrons of the art and support new bands either with everything that's gone on, despite their gold LP success in England which one would have thought would have given them at least some financial security.
"Charity begins at home,'' shrugs Hugh. "Of course it would be nice to help the whole world but we've got a lot of problems of our own at the moment and we have to sort those out first. Success in England doesn't mean money because of the taxes. Success in England just means success."
So what kind of success are the Stranglers after?
''The success that means buying some new fucking equipment. We'll deal with the rest as it comes.''
Posted by Musky03 at 13:04