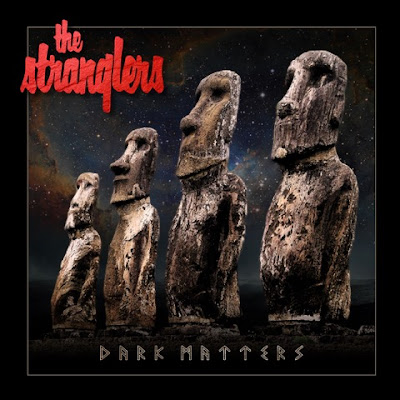 Well, what to say? New material, a good thing for sure... then again always a rather apprehensive time for the fan of a band that have enjoyed a long tradition of challenging the expectations of critics alike.

Thus far we have been offered 'And If You Should See Dave…' which has done very well I believe thus far in Spotify's Rock Chart (for whatever that means). It is indeed a heartfelt track that penetrates deeply in to the near 45 year relationship between Dave and JJ. That in itself puts the song above reproach from an emotional perspective. From a musical perspective, it is my understanding that Dave's keys feature on 8 of the 11 tracks that make up 'Dark Matters' but it is entirely fitting that our first taste of the new material puts the absence of Dave Greenfield's contribution to 'that Stranglers sound' starkly in the spotlight. Use of the tubular bells offers a contrast to guitar and bass in the obvious absence of those keyboard sections and they fit very well. In my personal opinion, lyrically the sentiment is delivered a little clumsily with the line 'It would be nice to say hello, This is where your solo would go'. I have of course read the comments posted about the song and fully appreciate that it is loved by many and so it should be. Also in conversation with friends, this is the 'lump in the throat' lyrical highlight of the track.... nobody is right, nobody is wrong. So before readers climb the nearest hill to erect a gallows for my pudgy lockdown beer neck.... I am a fan through and through but also one who winces somewhat at obvious rhyming couplets... I hope that you can find forgiveness in your hearts.

For those people who regularly attend gigs, approximately half of the material will be familiar, 'Water', 'This Song', 'Payday' and 'The Last Men On The Moon' as well as the now released 'Dave'. I am sure that the remaining new tracks will represent a fitting swan song for the most important band of our lives.

Email ThisBlogThis!Share to TwitterShare to FacebookShare to Pinterest
Labels: 2021, The Stranglers