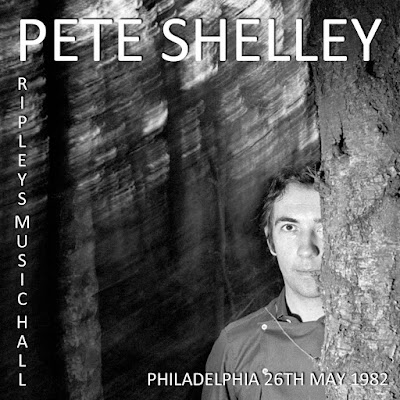 Out of the burnt out wreckage of Buzzcocks, Pete Shelley donned a white whistle, neatly parted his hair and reinvented himself as an early pioneer of dance music. Despite the audible change in direction, many of the central themes of Shelley's writing stayed on track.

I saw a Buzzcock-less Pete once (supporting The Damned at their 10th Anniversary bash) when he was briefly in an outfit called Zip who had recently released a great album called 'Heaven & The Sea', another electro-pop effort but rather less stark than his first album. 'Homosapien', material from which makes up much of this Philadelphia set. 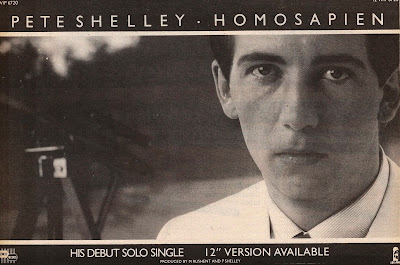 What did the critics make of this new direction? I found one review that was less than favourable. Strangely, the review makes no reference to the title track 'Homosapien', a late Buzzcocks' demo, polished up and released as Shelley's first solo single. The single was a hit in Australia, Canada and New Zealand, but was banned by the BBC as a result of its overt gay sexual message, something that Shelley denied.