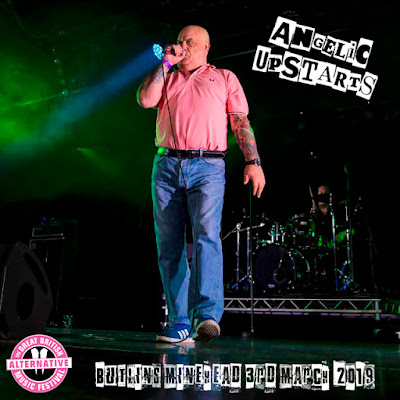 Here's a great recording from last year's 'Great British Alternative Music Festival' in Minehead. The Upstarts never fail to deliver a set full of passion and commitment to their message. Mensi is his usual shy and retiring self as he and the band run through some of the band's greatest songs beefed up with a couple of tracks from their recent album 'Bullingdon Bastards'. Many thanks to the original uploader to Dime.