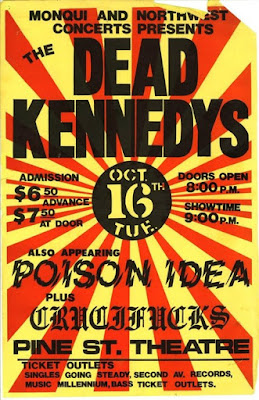 One now from the most important punk bands of all, the formidable Dead Kennedys. Here's a great sounding set from the band that features much material from their controversial, and ultimately career ending, album 'Frankenchrist'.

The trouble started in the States. Alternative Tentacles included with initial copies of the album a poster bearing the album's name against a backdrop of a piece of artwork by renowned artist H.R. Geiger. It is a piece that was always likely to court controversy, both in the US and indeed wherever the album was sold. 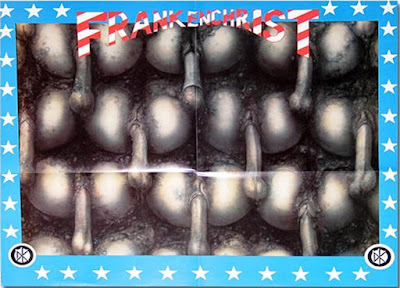 Many people literally saw their arse and this landed the DKs in the dock . I have some reports from the times of the trial that I will post at the weekend.

As an aside, when the album came out I was participating in a 24 hour darts marathon with mates, raising some money for charity. I asked my parents to go into town and by me the album. Luckily for me the distributors of the album in the UK made the decision to remove the poster from the sleeve prior to sale. Those wanting the complete package had to write to the label 'Alternative Tentacles' to claim their poster. This I duly did..... is it worth much!? 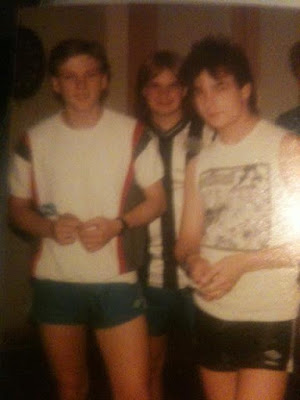 Darts marathon, many moons (over Marin) ago.... the shorts indicate the age! (I'm on the right in the 'The Day The Country Died' shirt.... minus sleeves of course!
Posted by Musky03 at 23:06