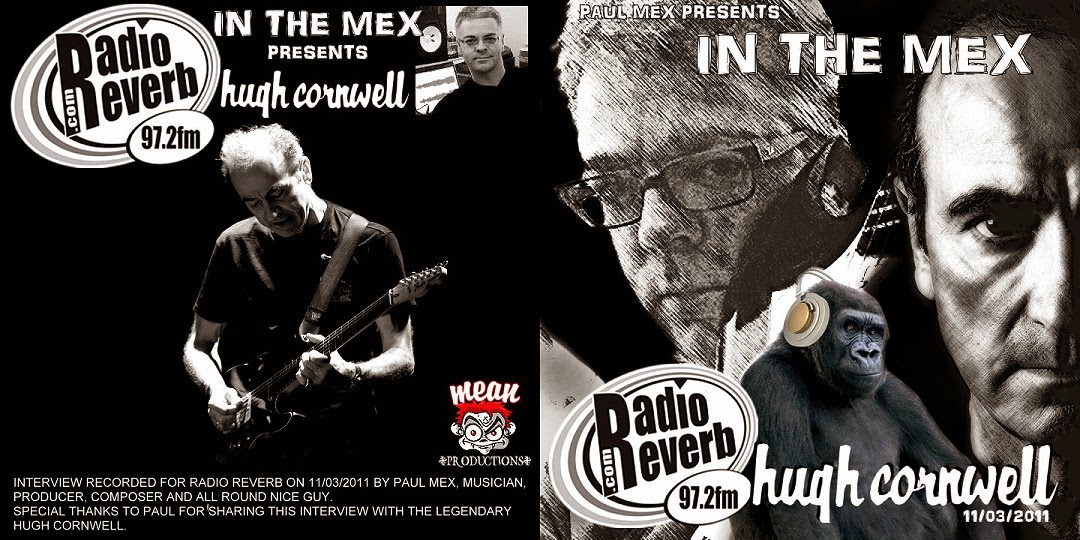 Thanks once again are due to MeAnIe for this one, previously posted on the Burning Up Times Forum, but now resurrected for your listening pleasure.

I'll leave the description down to MeAnIe himself:

'While trolling through old posts recently I found a post about an interview that Hugh did for Reverb Radio back in 2011, being one of those people who doesn't like to miss out on anything, and finding that the link was dead (several links were dead, including the one from Hugh's own website), I set about tracking the interview down, let's face it, when you read that Hugh was 'upbeat' and 'complimentary about The Stranglers' then that's more than enough ammunition to want to hear it. So I did the google thing, dead links, emailed the radio station, who after a few days suggested that I contact Paul Mex. So, then I googled Paul, turns out he's been around a long time and he's done a bit of everything, musician, composer, producer and is in the throws of a musical  comeback himself. *point of nerdy interest for fans, he also worked with Ugly As Sin, some of us oldies remember them supporting The Stranglers a hundred years ago.
Paul, who interviewed Hugh on this occasion was incredibly helpful, shared a few anecdotes and even tracked down the interview for me. I really enjoyed corresponding with him.

Out of the kindness of his heart, Paul has made a link available to the interview (here)

Here also is a link to Paul's site and new album (here).