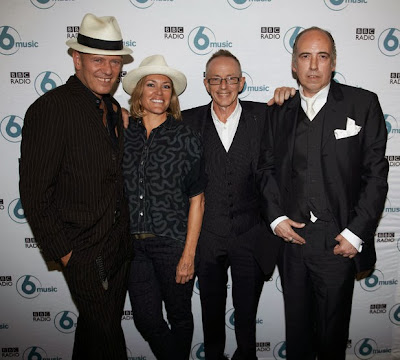 Paul Simenon, Cerys Matthews, Topper Headon & Mick Jones
BBC 6 Music September 2013
For those who missed it, here's the Clash special broadcast in which the surviving members of The Clash, along with their ex-road manager, Johnny Green, were interviewed at length by Cerys Matthews.
Posted as downloaded i.e. unedited.
MP3: http://we.tl/awFx0kfCsk﻿
Posted by Musky03 at 10:07

Email ThisBlogThis!Share to TwitterShare to FacebookShare to Pinterest
Labels: 2013, The Clash