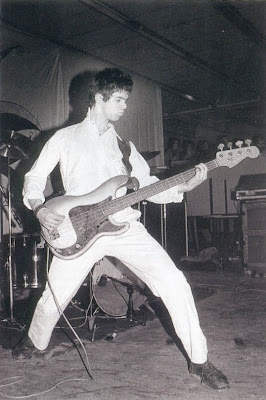 Last night I found myself in the Three Kings pub in North End Road, West Kensington. In a former life, this typical London pub went by the name of The Nashville Rooms and throughout the '70's was a key venue for bands on the up who were just on the cusp of breaking through to the big time and name bands passing on the way down.

On this evening I was in the company of a handful of people whose collective association with the band made my years of interest seem like an afterthought! And so all the talk of ice-cream vans, equipment failures and fisticuffs in English Towns put me in mind of something suitably early.

This gem cropped up out of the blue a few years ago and is one of the best quality early shows around.

This is Dom's definative remastering of this very special bootleg.

By the way, two of the landmark gigs that the band played at The Nashville can be found here: