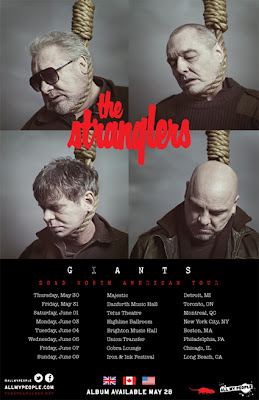 In the last few years we have got very used to an annual sojourn in northern Europe after UK dates courtesy of the Wonky Bus. Sadly, arrangements are different this year, but for many, the appetite for The Stranglers live remains unsated at this point in time.

.... Well there's always America! Gunta and I have struggled over this one since the dates were announced a few weeks ago and even prior to that when all we had was rumours of Stateside dates.

There is of course a lot to consider.

Luckily, I have the opportunity to get cheaper flights by virtue of a lot of air miles that have been racked up over several years. The childcare arrangements mean that only one gig is feasible here, a shame for sure, but undeniable.

The clincher was the date, 3rd June, meaning that we would still be in New York on 4th June, which happens to be our wedding anniversary. It's not the big one, 19 years, but with a bit of licence, we can do this thing in advance of the 20th anniversary. That's our excuse and we are sticking to it!

So hotel is booked, a pod hotel near to Grand Central Station (where the reviews say that the minuscule size of the room and the glass door to the bathroom mean that to stay in such a place with anyone with whom you have lived with for less than 20 years would be considered to be rather forward!). Flights are in the bag too. 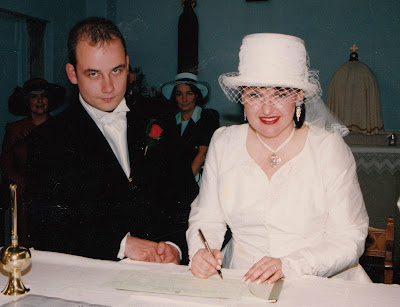