The Stranglers had not stayed musically static since the release of the 'Black and White' album in 1978. It is true to say that the Stranglers' fan base has over the years been challenged, perhaps even provoked, by the band as they have explored new musical avenues album to album. Never was this challenge more obvious than with the release of a predominantly acoustic album 'Feline'. The subtleties of the album sent many dyed in the wool punk followers back in search of their Discharge albums. However, this more laid back style was certainly not reflected in the band's touring schedule for 1983 which saw them playing the UK, the US and Canada as well as criss-crossing mainland Europe.

A consequence of this heavy gigging is that 1983 is very well documented, with a host of good quality recordings from all parts of the Feline Tour. This is a fine example from Lyon (their second visit of the year, having played the same venue on 27th February). 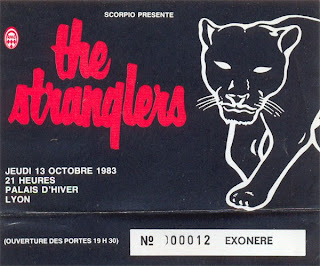 As well as being a great gig, this show was notable for what has become known as 'the banana incident', where the band metered out some rough justice to a troublesome punter by sticking a banana up his arse! This can be heard on track 6 of the second disc. 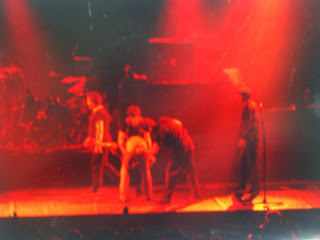 1. Aural Sculpture
2. Down In The Sewer
3. Toiler On The Sea
4. Ships That Pass In The Night
5. Its a Small World
6. No More Heroes
7. Who Wants The World
8. Never Say Goodbye/Golden Brown
9. Midnight Summer Dream