The Subhumans - A Warminster Warning 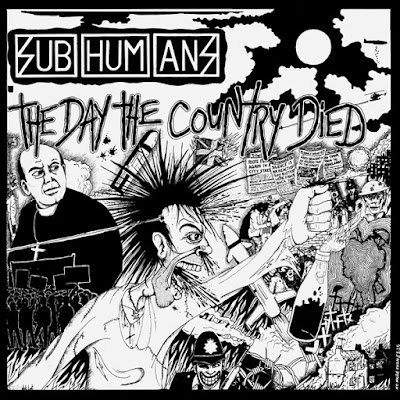 Forgive me an indulgence. The Subhumans are by far my favourite band that carried an association with anarcho-scene. Somewhat out on a limb down in Wiltshire here was a band that approached the music with an element of humour that was never particularly apparent with some of the other bands.

Led by the irrepressible vocalist Dick Lucas, The Subhumans were given their first proper crack at recording with releases of Flux of Pink Indians' label 'Spiderleg' which resulted in two brilliant E.P.s, 'Demolition War' and 'Reasons for Existence' and the debut album 'The Day The Country Died', one of the finest albums of that punk genre.

The band never conformed to the spiky topped fashion that many of the other bands (and fans alike) adopted. Ultimately this worked to their advantage as image never tied them down to a particular style. If there is one thing to say about The Subhumans it is that they were very musically competent to the extent that their 1984 album 'From The Cradle to the Grave' feature the title track which at 16 minutes 53 seconds took up the whole of the second side of the album..... this was dangerous turf.... this was prog turf. 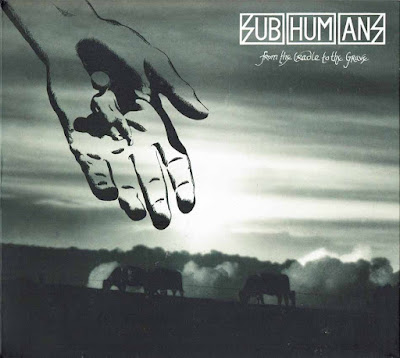 Upon the demise of The Subhumans, Dick formed Culture Shock and thereafter Citizen Fish that kept him occupied for the next 20 years or so. Periodically, The Subhumans regrouped and at the time of writing all three bands co-exist with Dick being the lynch pin.
In Dick Lucas and the bands that he has fronted over the last 40 years I don't think that any other person has carried the original DIY ethic of Crass so consistently and so effectively.

Email ThisBlogThis!Share to TwitterShare to FacebookShare to Pinterest
Labels: 2021, The Subhumans