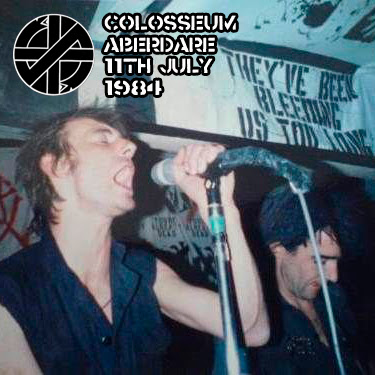 The circle is almost complete, since it was with Aberdare that this series of posts kicked off. For those who don't like the anarcho scene, hold on we are nearly there.

The Crass flame burned very brightly, but it quickly burnt itself out! As Steve Ignorant was at pains to explain in his excellent autobiography 'The Rest Is Propaganda', when every gig is a benefit for one worthy cause or another touring comforts are one of the first things to go. Life on the road was a spartan and uncomfortable business. When not playing live there was the mail bag to be dealt with. The members of Crass answered all correspondence personally be it a simple request for a badge or information on dates or in-depth discussions on the band's political viewpoints. Increasingly members of the band became worn down by the pressures of just being Crass. Throw into that mix some serious interest from our Secret Services and the business of being in a band with your mates does tend to lose its sheen! 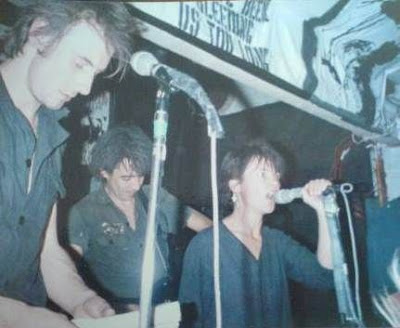 Fittingly their final gig was a Miner's Benefit in the South wales town of Aberdare, where they played with Annie Anxiety and Flux of Pink Indians. 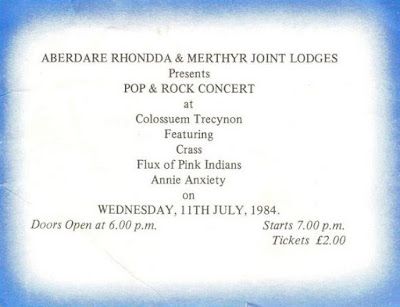 Email ThisBlogThis!Share to TwitterShare to FacebookShare to Pinterest
Labels: 1984, Crass