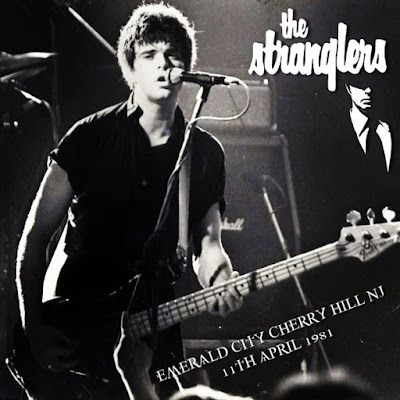 An early Easter gift for you good people, seeing as the Bank Holiday weekend is going to be indistinguishable from any other day in the past three weeks!. Dom P has been tinkering again with a couple of versions of a great New Jersey gig played on the Meninblack tour of 1981.

'Here is a new mix I made of Emerald City  from some seriously good versions that were on Dime a while back but I never released them publicly… This wees on everything that has come before.

It is from two sources, one of which had a decent chunk of Baroque Bordello.... and also has some banter missing from other versions. The intro and outro are extended so likely the taper taped the gig literally live….as the announcer at the end gives up on the encore!

All other versions I’ve remixed in the past have been lossy as well. But this is full res…and lower gen recordings!! Fantastic Easter release in time for the Second Coming!!!!'