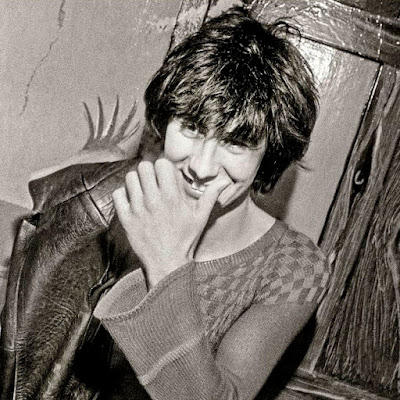 Out of the Pistols by mutual consent, bass player and co-writer contemplated his next move (see article below). In a chat at the bar with NME's Tony Parsons on 11th March at the Harlesden Coliseum prior to a gig by The Slits and The Clash, the bass player without portfolio seemed to be relaxed about his recently changed employment status. He had his eyes on the future and his next venture, already christened The Rich Kids in his head. In the event the job did not fall to his mate, Jimmy Norton, but to Steve New, Rusty Egan and Midge Ure.

THE SHOCK of recognition. Spiky haired kids making a pilgrimage out to the wilds of Harlesden mingle with the regular Irish clientele of this old fashioned Baroque-style London boozer and occasionally one of them does a doubletake at the geezer leaning against the bar drinking a pint of light.

Yeah, the Bill Grundy debacle has left the boat race of Glenn Matlock imprinted firmly on their memory banks, even though he's no longer in the Pistols ...

"That telegram Malcolm (McLaren, the Pistols' manager) sent to Melody Maker saying they kicked me out was wrong," Glenn claims without a trace of bitterness. "It was a mutual agreement. I wanted to leave and they wanted me out. In the beginning it was just mates playing rock 'n' roll and then later all the business side came in and spoiled it ...

" What was it like at the time of your, uh, departure?

"Like playing in The Monkees," he smiles pleasantly. "It just seems like now Malcolm has got to give the impression he's in total control. That press conference, y'know - the Fleet Street lot could just use the articles they wrote years ago about The Move when they were smashing televisions ... Just change the names." 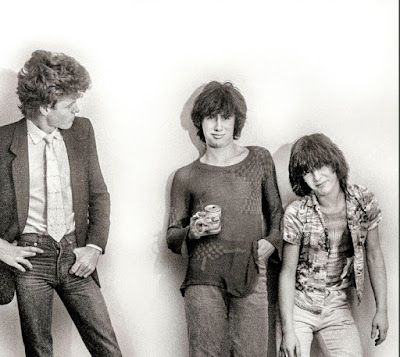 Last time I saw the Pistols was months back on the local council-butchered Anarchy tour. Matlock looked the part as much as any of them, and also seemed like the best bass player the New Wave had produced. But even then he had sussed it wasn't gonna work out ...

"Even before the tour, I'd make suggestions or offer ideas at rehearsals and nobody wanted to know. There was no communication between any of us ...

"Some musicians who leave big-name bands can't come down, and choose the self destruct button, but there's no way that Matlock will be going down that route. He's intelligent, creative and a superb musician. He's not bitter about his split from the Pistols.

"I had a good time there for a while," he says. "But I've been through all the front page articles and the national scandal and all the rest or it. I've done all that and don't need to do it again. I just wanna make my music, get a band together. Maybe we'll call it The Rich Kids - with my mate Jimmy Norton, who plays guitar and sings ... and l want it to be good! There's so much dross coming through, ain't there?"

He looks at the clock on the pub wall and bolts down his drink. It's getting late and we ain't come all the way up to Harlesden Just to talk. The last time I saw Glenn Matlock he was dancing to The Clash. And smiling to himself.