Welcome to 1984 with Dead Kennedys! 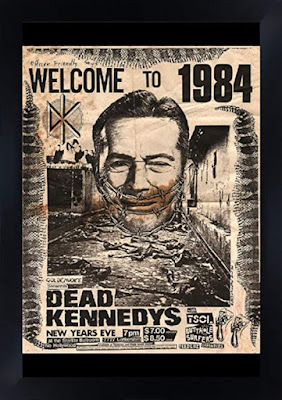 Ok, time for a deviation from The Stranglers.

A quick peruse through my music collection quickly tells the observer that I am far more aligned to UK punk than to the US take on punk. Nevertheless, there have been a handful of North American bands that have had great appeal to me over the last 35 years. Most but not all err on the side of hardcore.

My introduction to the punk scene that embraced many of the above listed bands came from a KROQ, a famed radio station serving the Los Angeles area. In Rodney Bingenheimer, the West Coast had its very own John Peel. His patronage was critical for bands for whom achievement of wider exposure (relatively easy for UK based bands) was hindered by the immense distances involved in touring beyond County or State lines.

The band that I have omitted from the list stand out head and shoulders above the rest and I intend to do a series of posts on their career, accompanied of course by a musical backdrop…… DEAD KENNEDYS! 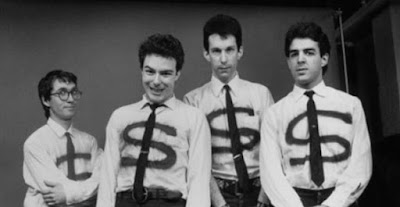 The band formed in San Francisco in 1978 after members responded to a newspaper ad placed by East Bay Ray. The earliest incarnation of the band lined up as follows:

After the band’s debut at the punk/New Wave friendly Mabuhay Gardens in July 1978, regular appearances followed both here and at other local venues in the San Francisco area.

For a band with such an uncompromising moniker, wherever the Dead Kennedys went, controversy was sure to follow. Remember at the time the notorious assassination of JFK was only 15 years distant and it was just ten years since the same fate befell his brother Robert.

Early indignation over the band’s name set a pattern for the years to come. Their unwavering ‘no holds barred’ approach to their art meant that they were more often embroiled in some manner of controversy than not throughout their original eight years of existence.

They set out their stall from their very first release, the peerless ‘California Uber Alles’ that attacked in satirical form the then Governor of California, Jerry Brown. From the pen of principal band lyricist, Biafra, flowed other commentaries on the rot that he saw in the local area, their cover of Bobby Fuller’s cover of ‘I Fought the Law’ is a good example. In this version, the song is turned on its head with the conclusion that ‘I Fought the Law…. And I won!’. This related to the shocking murder of SF City Supervisor Harvey Milk and SF Mayor George Moscone in November 1978 by fellow City Supervisor, Dan White. Milk, the first openly gay elected official in California fought for laws that stopped discrimination in many aspects of everyday life on the grounds of sexual orientation. His assassin, White, was sentenced to 7 years for manslaughter, later reduced to 5 years (hence the reference to getting one over on the law…. or more accurately how the law viewed such a crime in the late 1970’s perhaps). Upon his release, White committed suicide, whilst Harvey Milk went on to be viewed as a pioneer of LGBT politics.

Their first album, ‘Fresh Fruit for Rotting Vegetables’ released in 1980 is a landmark in punk on both sides of the Atlantic. It features three of their fantastic singles; ‘Kill The Poor’, the aforementioned ‘California Uber Alles’ and the equally sinister ‘Holiday In Cambodia’. 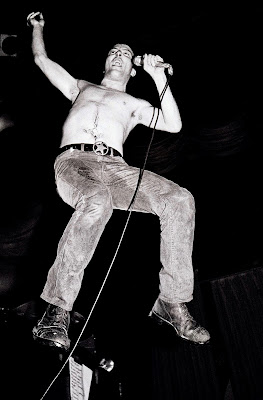 Musically, the songs were driven by East Bay Ray’s powerful surf guitar, so prevalent and popular in the area in the previous decade. Klaus Fluoride added to this some of the most memorable bass lines in punk. Nobody sounded like Dead Kennedys!

A 12” EP appeared next ‘In God We Trust, Inc.’ and three further albums, ‘Plastic Surgery Disasters’ (1983), ‘Frankenchrist’ (1985) and ‘Bedtime for Democracy (1986). Inclusion of a sexually explicit work by artist H.R. Geiger as a poster insert with the ‘Frankenchrist’ album triggered the band’s penultimate legal showdown that resulted in their break up, but I will cover that more in later posts.

The later albums tended to address more socio-economic issues that were affecting blue-collar America as ‘Reaganomics’ politically pushed the country to the right. Nevertheless, misfits, rednecks and oddballs still provided some dark humour to the material….. ‘Jock-o-Rama’, ‘Goons of Hazard’ and ‘RambozoThe Clown’.

All told Dead Kennedys produced a quality body of work over their recording and live career. Sadly, many of the themes and problems that they concerned themselves with are still with us 40 years later. I mean, let’s face it, Reagan was bad but Trump!