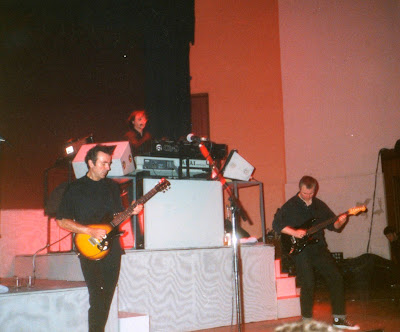 DomP's done it again and polished up a gem. The best recording from the '10 Tour'. The only flaw is that 'Heroes' and 'Nuclear Device' are cut short, but it is a long set so there is plenty more to caress your ears.

In his own words:

'Recording of unknown origin, but it has either been taken from the desk’s front of house output, or it has been professionally mixed. All the effects and left / right panning you’d hear at the gig are present.

It really is sobering to think that this recording is now exactly 30 years old! I thought they played such great sets on this tour. To hear them play 'Straighten Out', always in my top 5, was magical! 'Shah Shah A Go Go' too and 'Sewer' with that exhausting run out (if you were at the front... which I was.

Given what these gigs were like I still struggle that not 6 months later the band turned in such a lackluster show at Ally Pally.... quite a landmark one it was too.

For those inclined to burn to CD, I would suggest splitting the discs after 'School Mam' as that is how the artwork was prepared.