There May Be Trouble Ahead - Frankenchrist and the PMRC Monster 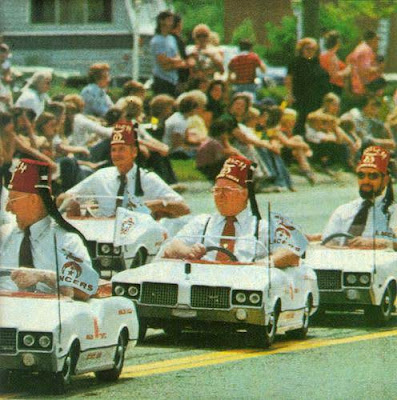 In October 1985, Dead Kennedys released their fourth studio album, the provocatively titled 'Frankenchrist'. The album represents a significant departure from the trademark DKs sound. True, East Bay Ray's surf guitar remains prominent but the material is much darker than what preceded it. With 'Frankenchrist' the band deliberately slowed the tempo down, producing a dark and sinister soundscape that encroaches on progressive rock. The album offers the listener a stifling, claustrophobic vision of the 'American Dream' in the ultraconservative mid-'80's.

The America of 'Frankenchrist' is peopled with desperate souls in soup kitchen queue and dead souls trapped in dead jobs, whilst on the other side of the street, redneck vigilantes cleanse the neighbourhood of 'undesireables' free from repercussions whilst sporting jocks uphold the honour of their high schools. Over this dystopian nightmare, a corporate rock soundtrack comes courtesy of MTV!

Within weeks of the album's release the band were to clash with the Moral Majority that they had railed against for the past seven years! Initial copies of the album were issued with the inclusion of a poster featuring a sexually graphic work by renowned Swiss artist, H.R. Giger. But more of that later.

Things were about to get interesting.

The lawsuits came in thick and fast, including one from the unwilling (and clearly disgruntled) cover stars of the album.

These are The Shriners, or Shriners International.... previously, the 'Ancient Arabic Order of the Nobles of the Mystic Shrine'. Yep, you guessed it, The Shriners are a fraternity organised on Masonic principles. In the US they are perhaps best known for their patronage and funding of The Shriners Hospitals for Children. Shriner Temples have associated parade units charged with the responsibility of presenting a positive image of the Shriner organisation to the public at large. This they do by participating in parades, driving characteristic lawnmower engine powered miniature vehicles whilst sporting the red fezzes for which they are also known. 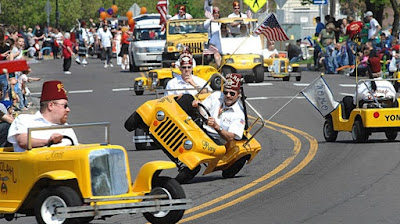 'Wacky' Nashville Shiners on parade
(in no way sinister....)

I know, I know, I don't get it either, Freemasons, Water Buffalos and now Shriners. I thought the Scouts were bad enough!

'The Dead Kennedys, currently facing three separate lawsuits in California, are now reportedly being sued by an American organisation called The Shriners over the cover of their "Frankenchrist" album last year.

The Kennedys spokesman here said that no notification of any charge has been received by Jello Biafra, Alternative Tentacles, or their lawyer, although reports in the American press have suggested that The Shriners, from Detroit, plan to sue for $45 million dollars over a photograph on the album sleeve, which shows some of their members on parade.

The offending photo, and the rights to use it were, The Kennedys state purchased from Newsweek magazine.

"According to newspapers in the US, we were accused of holding The Shriners in a bad light," comments Biafra. "This stinks of petty harassment. America is the only country in the entire Western world where the laws are rigged in such a way that anyone would even THINK of filing a lawsuit as ridiculous as this."' 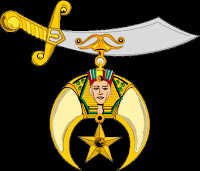