Way Down Under Australia In February 1979 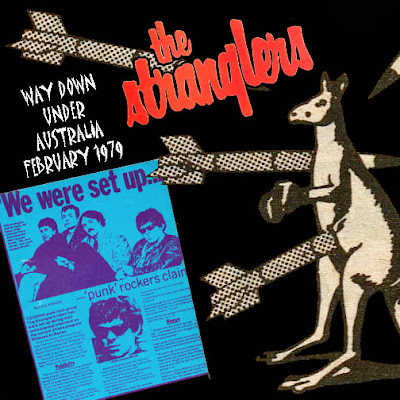 Ok, so it has been a bad month what with Rapidshare shenanigans and so forth, but on the other hand, in the last few months a couple of real gems have surfaced. Firstly we had the excellent 1980 recording from Minneapolis and now a recording from the band's infamous journey to Australia has come to light. To date this is the only documented recording of their tumultuous time in that country.

It is not clear exactly where and when this was recorded, but Hugh's comments that they would be leaving the day after tomorrow would logically place this at the La Trobe Union Hall in Melbourne on the 13th March 1979, the penultimate date of the tour. This would mean that they left Australia on 15th March after a second night in Melbourne the previous night (this time at Dallas Brooks Hall).

Clearly, this recording sees The Stranglers in a particularly belligerent mood. This is not surprising as throughout their stay in Australia they had clashed with media and politicians alike. In reaction to hostility from the media, the band played up to their bad boys of punk reputation to the fullest extent, most notably on the evening magazine TV show 'Willesee At Seven' which could accurately be described at The Stranglers' Grundy moment! 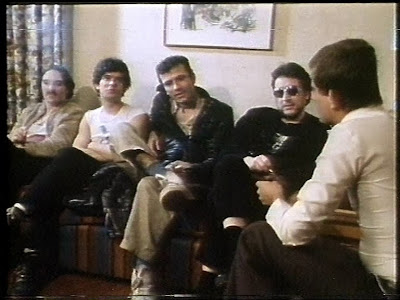 The Stranglers 'enlighten' the Australian media
'Willesee At Seven', February 1979

So sit back and prepare to be insulted by The Stranglers!

By the way, can anyone provide me with a lossless version of this gig.