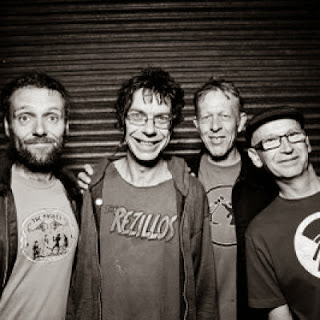 Following on from a recent Subhumans post, I was very exited to hear the news that Dick Lucas's post Subhumans band, Culture Shock have reformed for gigs. Details can be found here.

Somehow I missed Culture Shock the first time around. It was only at the point when they announced that they were splitting and playing their final gig at the Fulham Greyhound on 2nd December 1989 that I became determined to see them, but alas it just wasn't meant to be!

Such was the interest in seeing the band at this final gig that the crowd control outside the venue broke down and a riot ensued. The police pulled the plug at hundreds of disappointed punks drifted away, not so quietly. I saw no band that evening, as I didn't even make it inside the venue, although RDF did make it to the stage for a few minutes before the doors were stormed and the gig cancelled. 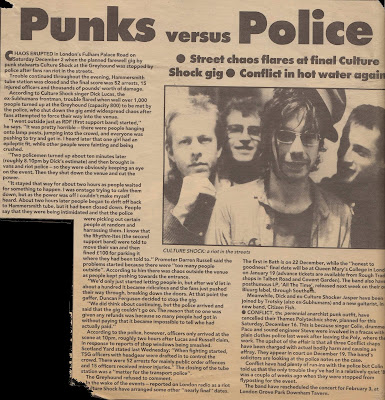 Report of the Culture Shock Riot Gig
Sounds December 1989
Sadly, attempts to get to their actual last gig were also fruitless (St Mary's College it was in the end if I recall correctly). Hopefully, there will be no repeat problems when they play in London with The Mob on 19th October. 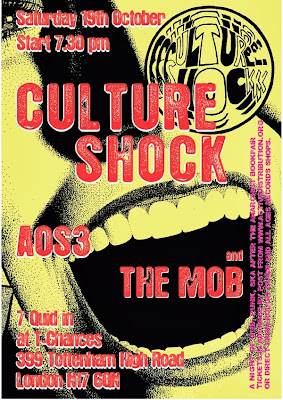 Email ThisBlogThis!Share to TwitterShare to FacebookShare to Pinterest
Labels: 2013, Culture Shock, The Subhumans