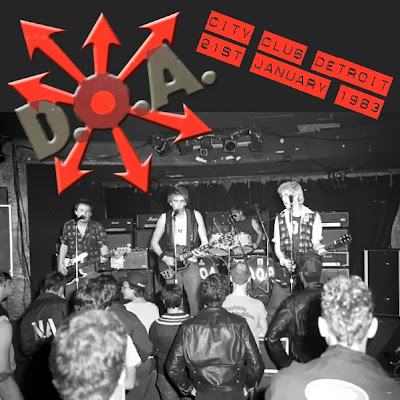 Another great band in my opinion and in punk terms quite a significant contrast to The Stranglers. Generally considered as part of the US hardcore scene of the late '70's/early '80's, to my ears, their brand of punk sounded not unlike many British bands of the day, they were certainly more melodic that some of their contemporaries, maybe it was distance that made the difference (D.O.A. hail from Vancouver, B.C.).

In recent years, apart from running a label, front man, Joe 'Shithead' Keithley, has immersed himself in Canadian environmental politics with some degree of success. And in 2013, D.O.A. bow out, playing their last dates, including The Boston Arms in London's Tufnell Park on 12th October. 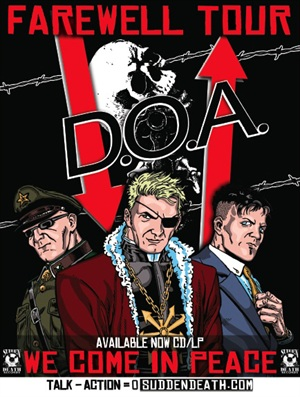 Email ThisBlogThis!Share to TwitterShare to FacebookShare to Pinterest
Labels: 1983, D.O.A.