The Damned and The Dickies At The Roundhouse 15th December 2012 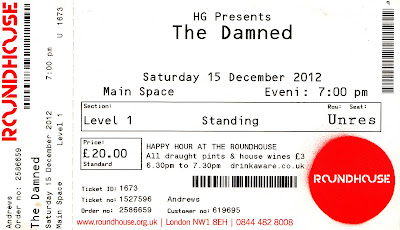 I was seriously looking forward to this gig, not least because the Dickies are one of my favourite bands and they had landed the support slot. For this I was very pleased. The Dickies are a bit like the Subs in that they play a lot and whilst the '80s did not see them play these shores, since 1990 they have been over to to the UK almost every year. On these tours that have played pubs and clubs (which whilst ideal for the punter can I assume be a bit of a drag for a touring band). A prestigious support slot then that saw them playing a series of major UK venues would have been most welcome I reckon. 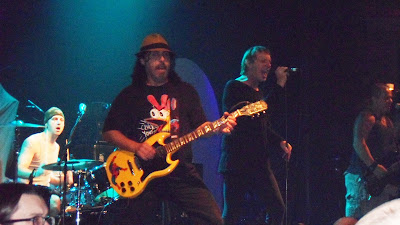 Opening with 'Silent Night' (and why not, it's the only time they can play it after all!), The Dickies motored through their set with gusto. All the favourites were there (along with associated props) which are an expected part of a Dickies set. At the end there was a treat in store in the form of a real rarity that is 'Rondo (The Midget's Revenge) an instrumental from the band's first album 'The Incredible Shrinking Dickies'. In summary, the Dickies could not have been a better opener, preparing the ground well for the main event.


'Eve Of Destruction'
The Dickies at The Roundhouse

The Damned took to the stage to (as I was informed) John Barry's theme to '60s cult series 'The Persuaders' (incidentally favoured by The Specials on their last tour). Throughout the show they were accompanied by a projected backdrop which seems to be becoming the norm at gigs these days.

Musically, the band were tight throughout what was an adventurous set from the opener 'Under The Wheels' to the reintroduction of some real old favourites 'Rabid', 'Grimly Fiendish', White Rabbit' and 'Lovely Money' (together with a virtual appearance of the Bonzo's Viv Stanshall).

Later '(There Ain't No) Sanity Claus' and 'The Turkey Song' contributed to the festive theme of the night.

As ever, Captain fired off his 'pearls of wisdom' with fellow musicians Paul Weller and 'ole money bags Johnny Rotten' in his sights on this evening. And for his part, Dave whirled about the stage trying his damnedest to achieve a toreador effect but managing Spanish waiter!

The Damned pulled it off for sure with this tour. 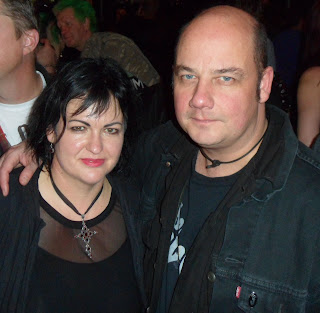 Email ThisBlogThis!Share to TwitterShare to FacebookShare to Pinterest
Labels: 2012, The Damned, The Dickies