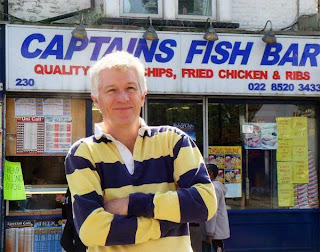 Here's an interesting little song. It's a cover of Syd Barrett's 'Octopus' which appeared on his first solo album, 'The Madcap Laughs', released in November 1969 after departing from Pink Floyd.

This version is by self-proclaimed Syd nut, Captain Sensible, here ably assisted by The Damned Monty on keyboards and some time Damned drummer Dave Berk. It appeared on a Mojo cover compilation entitled 'The Madcap Laughs Again'.