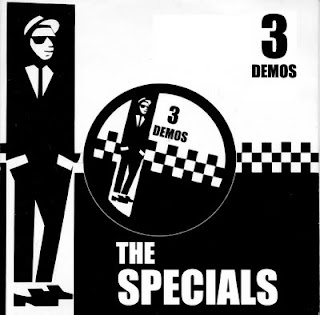 Again, here's a short collection not new to the net, but possibly lost due to the issues with megaupload.

I have posted these (in mp3 format) for two reasons. Firstly, Why? is one of the best songs that The Specials did and secondly, like The Stranglers, '96 Tears' was one of the worst.

Concerning '96 Tears', as a cult garage anthem of the 1960's it works perfectly and I have no problem with the original ? and the Mysterians version, but the song suited neither The Specials or The Stranglers very well. For the latter, the song seemed to hinge on the beach postcard innuendo line of  'and when the sun comes up, I'll be on top...'. Not their finest moment in my opinion.

'Why?' on the other hand is a very different thing indeed. Based on a real racist attack on guitarist Lynval Golding in 1980 (an incident that was repeated and nearly ended his life a few years later in his home town of Coventry) it is a heartfelt request from a young black man to understand the rationale behind such racially motivated violence.

The released version appeared on the 'Ghost Town' e.p., the 12" version of which is the greatest single ever released, bringing together the title track, 'Why?' and 'Friday Night, Saturday Morning'. Of these demo versions, it is 'Why (Part 2) that is most interesting being quite a variant on the released version.