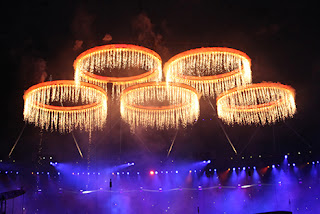 So did we all watch the opening ceremony of these here Games?

Now I am a cynical sod and to be honest, the most enjoyable aspect of the build up has been watching the brilliant '2012'. Even more so, I enjoyed the apparent transition of 2012 from comedy to prophesy! Korean flag gaffs (and let's face it, if there is a nation in the world that you do not want to offend in this way it is North Korea), officials getting lost on route from Heathrow and Jeremy CHunt nearly taking the head off a member of the public with his bell. I love it all! And it was for this reason my expectations were not high. I had after all witnessed Boris wrestling with the flag at the Beijing closing ceremony!

I really did not know what to expect, and a 'field' full of sheep and shire horses concerned me somewhat. But what was to follow I have to say left me feeling rather ashamed of myself.

The transition of 'this green and pleasant land' to the scarred landscape of fire and smoke that the Industrial Revolution brought with it was so well done and as for the raising of the forged rings well....


The focus of the night was spot on.... music (surely one of Britain's most important exports and over 40 years later (in terms of popular music) an area where we are still not bettered), children's literature and key for me .. humour.

I cannot recall any such ceremonies in the past where the intention in the middle of all the spectacle is to laugh.

I can take or leave Rowan Atkinson, but his part was brilliant and his face at least will be familiar to millions of people world-wide who were looking on. 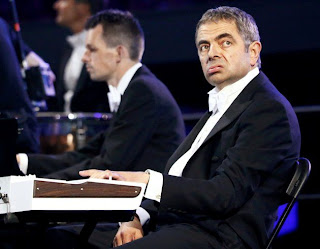 And then there was the Queen's contribution, which I thought was exceptionally well done and it was these elements in particular that made this a stunning and varied spectacle. 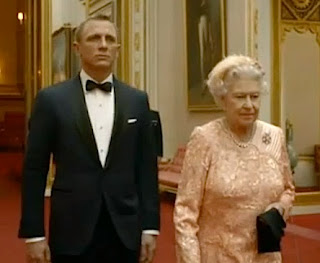 The only downside was Paul McCartney who lumbered through a version of 'Hey Jude' at the end in something of an anticlimax. I noted that Team GB came on to 'Heroes', so where was Big Dave on the night? He could have sung that live as they come in.... no need then for Paul. 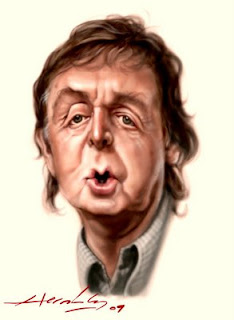