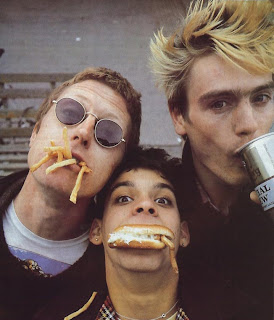 Here's something non-Stranglers related. This band were hugely influential for me. This recording from an unknown Brixton venue (but in all likelihood the Fridge) is from mid '83, approximately 12 months before the band came to my attention. In 1984 the Miner's Strike was the top story on the evening news 9 nights out of 10. Coverage became even heavier as the strike progressed and the strike became much more than an industrial dispute as it entered the grounds of a battle of political ideologies.

And so it was that the likes of The Newtown Neurotics made me start thinking about politics and my own principles and convictions (these political awakenings were helped along by a weekly dose of latex political satire that went under the name of 'Spitting Image'. Such was the power of that show that for the only time before and after were the names of not only The Cabinet, but also the Shadow Cabinet, fully familiar to nearly every teenager in the land!). 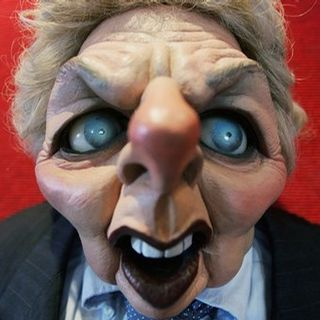 'Kick Our The Tories'
Newtown Neurotics

So here it is, a short good quality set of intellegent political punk from Harlow, Essex,