TV Smith's Explorer's - Some of the Press Reaction 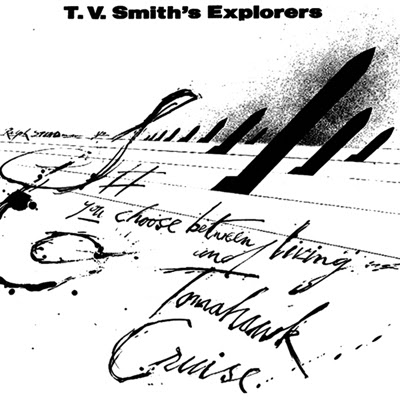 Sounds seemed to enjoy a good relationship with Tim and his new venture, that is until Garry Bushall waded in with an absolute drubbing of the second single. Garry, admittedly it wasn't a worthy follow up to the promise of 'Tomahawk Cruise' but you championed some of the worst excesses of Oi! so your grasp on the musical scene of the early '80's wasn't the best!

A corker! Spindly Tim Smith bounces back with a strong new band and quite stunning debut forty-five. A powerful, plangent observation of the meltdown menace as embodied in those godawful cruise missiles (cue jeers, hisses and colourful beer cans), it glides along on a thick bass heavy beat to cream your grey matter and leave you in a cooing heap. A delicious anthem shaded with tentative synth and cautious strength. A wardance. A delight.
The flip, 'See Europe' is also excellent, lyrically sharp and a bugger to get out of the brain. This is more than the week's best release — it's one of the finest singles of the year, 'you choose. . . between living and the Tomahawk cruise.'

Yep, I know this is a tried and tested orifice fave, but couldn't pass up the chance to recommend its purchase now it's been released on another label. Wouldn't usually go for a snatch of doom'n'disaster but TV does it powerfully, cleverly and memorably; with a dead catchy hookline and even a soupcon of synth. His second classic (first being 'Gary Gilmore's Eyes') which should be bought in droves, instantly. 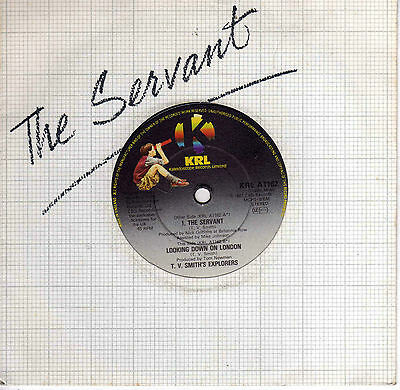 This is wot experts might term a right bleedin’ let-down after the power-drive promise of Smiffy’s masterly ‘Tomahawk Cruise’ An ELO-style pseudo-classical intro leads into a pile of putrid pomp with no circumstance, as TV foams at the mouth and wets his knickers over nothing in particular. Overall it just shows up the limited effectiveness of Timmy’s high-pitched hysterics.

Opinions that the man is over-rated are backed up considerably by the fact that he’s only made two half-way decent singles in his entire five year career. Which is pretty feeble when you think about it.