The Specials Brixton Academy London May 2009 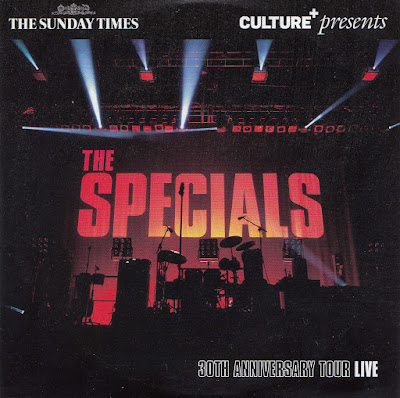 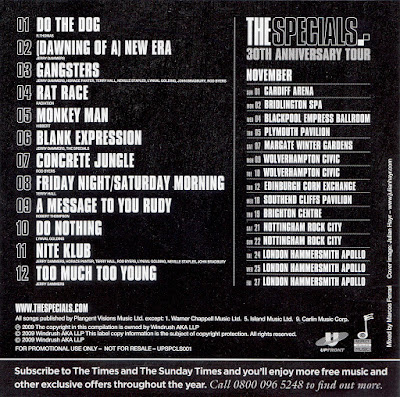 ...... and then it happened. Boom! Following on from their appearance on the Isle of Wight a full tour was announced. I'm sure that my experience of near panic on the day of ticket release was shared by thousands. Indeed, the entire tour sold out in minutes but I managed to get tickets for three or four dates. Come the day they actually got to play (the first London date was cancelled due to Terry Hall suffering from throat problems) I was shaking with anticipation as the house light were dropped. Brad's thunderous drum intro to 'Do The Dog' coincided with the dropping of a screen to reveal The Specials on stage. The moment was captured on what has to be the greatest cover CD freebie ever released.

Respect to all those involved in the making of 2 Tone, long may it continue! 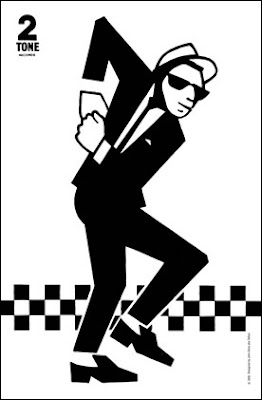 Email ThisBlogThis!Share to TwitterShare to FacebookShare to Pinterest
Labels: 2009, The Specials