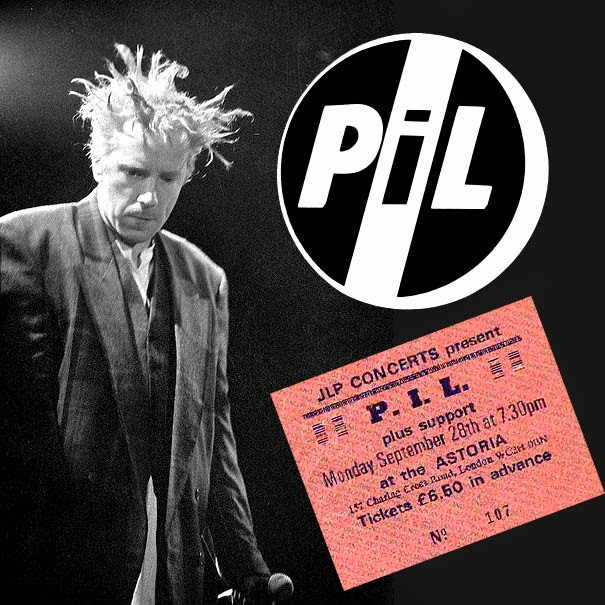 I had completely forgotten about this show and the fact that I was there! (it's my ticket stub on the artwork). Looking back I always had it in my head that I saw 'early' PiL, as in pre-reformation, three times but it would appear to be four times. Three of those gigs were very memorable (Brixton Academy 1986, Kilburn National 1987 and a car crash of a gig at the Hammersmith Odeon in 1989). Maybe it was the venue, I never liked The Astoria, in contrast to the Academy and The National, and I wasn't particularly saddened when it was demolished to make way for the new cross-rail construction. Take a look at the set though and I would say that it should have been a good gig. Promoting the 'Happy?' album at the time, the set admittedly doesn't lay much emphasis on the late '70's and early '80's PiL, but nevertheless it features the best of 'Album' with a few surprises in there as well including Lydon's influential collaboration with Afrika Bambata 'World Destruction' and 'Holidays in the Sun' (who would have thought back in 1987 that the actual Pistols would play again!).

The sound quality on this one is quite good as well.