Here's another slice of British social history served up by the BBC in the form of popular music.

This particular song and the album that it appeared on is perhaps the most evocative musical memory of my pre- and very early teenage years. In certain circumstances I only have to hear this song and any of the other tracks that made up Tubeway Army's 'Replicas' and I am instantly transported back in time to 1980 (when I first got this album).

I am sure that I have dedicated quite a few column inches on this site to the profound affect that Gary Numan and Tubeway Army had on me, but I must say it again that 'Are 'Friends' Electric' was at the time a million miles away from anything else... anywhere that I had ever heard. Cold and impersonal and running to an immense 5 minutes 23 seconds this was not standard fayre for a chart single, let alone a debut No. 1 single. It struck a chord with many looking for the next big thing.

However, Numan and his music had few people, critics and punters alike, sitting on the fence. For the music press, still in lust with Strummer and Jones, Numan was the ultimate opportunist turncoat, casting off as he did the punk shackles of the first incarnation of Tubeway Army (a great punk outfit in themselves) in favour of a return to big venues and elaborate stage settings.... the very raison d'etre of punk! This honesty of Gary Numan's ambitions set him at odds with the press and it has only been since the late '90's that he has received any positive media attention for what he achieved in the 1979-1980 period.

Looking at my own musical education, I would consider myself to have been very fortunate to have collided with the music of Gary Numan at this time. Bollocks to the NME, 'Replicas', 'The Pleasure Principle' and 'Telekon' sound pretty damn good to me 30 years down the line.

Here's the radio broadcast about exactly what 'Are 'Friends' Electric?' meant to British youth back then. 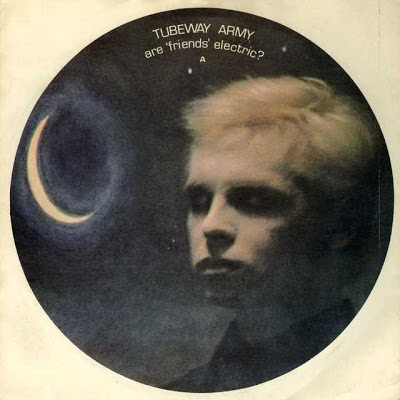