The Cat's Out of the Bag! - Chippenham Golddiggers 28th January 1983 - Remaster 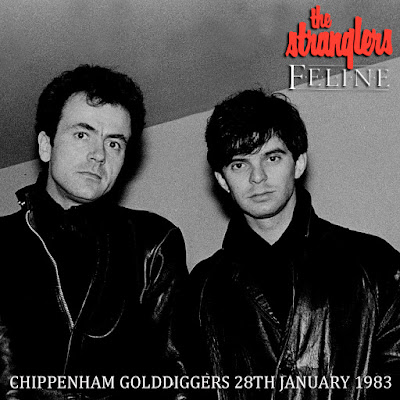 Following on from the piece reproduced from The Guardian from March that described the ideas behind and the recording of 'European Female', here we have a bit of a treat with another Dom P remaster. We present to you the opening night of the 'Feline' tour from 'Nam (as a mate of mineused to call it), Chippenham to the rest of us! The gig is notable for the inclusion of 'Blue Sister' which was dropped from the set for subsequent gigs.

An uneasy departure in style for both critics and fans alike, the mellow subtleties of 'Feline' was ammunition enough for the music press to further slate the band as indicated in the UK music press review of this gig below.

Over the years I have come to love the album to the extent that I consider it to be the last great Stranglers album. That is not to dismiss everything that followed it but I think that you can follow my meaning. To my ear, many of the songs from the 'Feline' album would sound perfect drifting from the depths of a smoke filled drinking haunt in France or Spain, which is really the point of the album.... a European concept album.

Unfortunately, I cannot recall the music weekly from which this review was culled, but that is rather an irrelevance given the pretty much universal contempt that the British music press had of The Stranglers.... that said there are much worse reviews of the Feline tour out there! 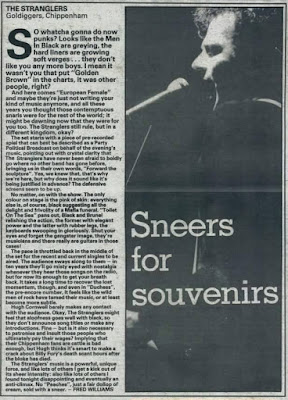