'No More Heroes' - Strangulation The Tour 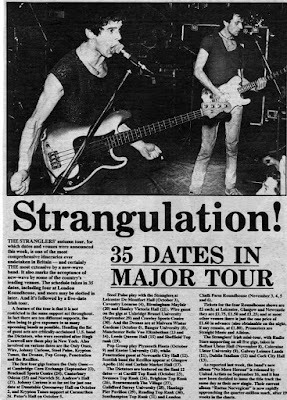 As far as UK tours go, this one was ambitious! A 35 date tour no less taking in the whole of the UK and Ireland. Principle support was to come from New York's Dictators with regional variations that would see The Only Ones, Steel Pulse, Wire, Penetration and The Rezillos stepping in across the country. 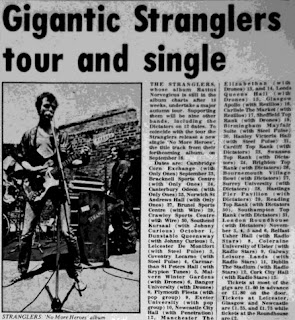 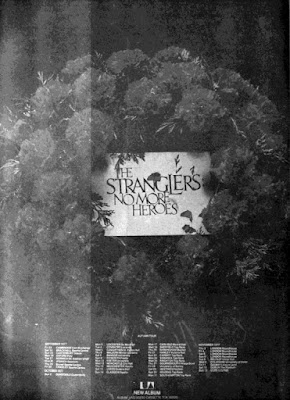 This was a tour, that took the band forever out of the clubs. If anything it saw the band transition from a punk band of the London scene to a traditional rock band, albeit one rather rough around the edges. Of course as the music industry picked up on the commercial potential of these snotty bands who personified the new wave and the scene changed very rapidly such that bands that were playing to 400 punks in a night club were entertaining 2000 in the Top Rank Suites up and down the country.

The Stranglers never looked back. 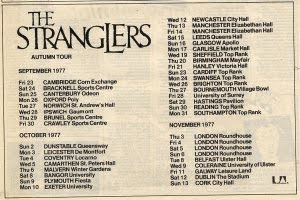