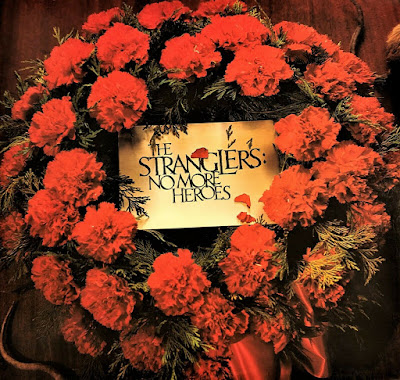 'No More Heroes'
23rd September 1977
So, the 43rd anniversary of the band's iconic second album is upon us and as a consequence I have decided that posts throughout this week will be dedicated to all things Heroic! Reviews, both of the album and the tour, promo material and the like.
Having in preparation skimmed through some of the material to be posted, it is clear to see that music press attitudes hardened towards the band pretty quickly throughout 1977. The positive reception that the band received for 'Rattus' was not reflected in the critical reviews of the band in he autumn of that year when the album was released and toured.
I invite you to read the reviews for yourselves and comment accordingly, but for me, the overall perception of album number two suggested that The Stranglers were merely capitalising on a tried, tested and commercially lucrative formula. Of course, the reality was somewhat different in that with the exception of a couple of later written songs, 'No More Heroes' could have been presented as a double album (were such an idea not to be something to be gobbed upon in the punk and new wave New World Order!). The fact was that 'Rattus' and 'No More Heroes' were contemporaneous, their releases separated by a mere 5 months (an record company expectation of the time). The vast majority of the material across these two albums represented the band's live set throughout late 1976/early 1977, thereby invalidating any music mag hack's claim that the band were recycling the successful formula.
In a brilliant marketing move the release of 'No More Heroes' preceded the release of David Bowie's 'Heroes' album by three weeks. Whilst David Bowie was not perceived by the punk fraternity as a rock dinosaur (if anything he was an inspiration) to pull a stunt like that on Mr Jones and his RCA major label was a coup worthy of Stiff Records! 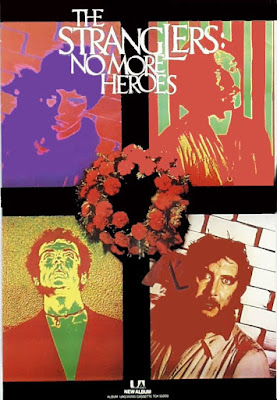 With 'Rattus Norvegicus' reaching Number 4 in the UK album charts and 'No More Heroes' topping that with a highest placing of Number 2, The Stranglers were without doubt the most commercially successful band of the New Wave. The standing of the band at this time was reflected in a five night stint at The Roundhouse in London's Chalk Farm in early November, close to the close of the massive promotional tour that took saw the band criss-cross the UK, Ireland, Scandinavia and northern Europe. 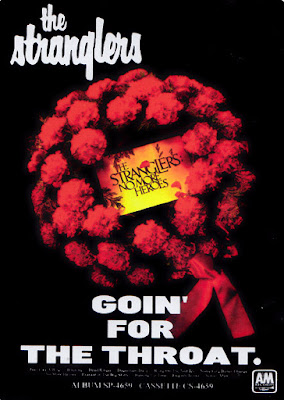 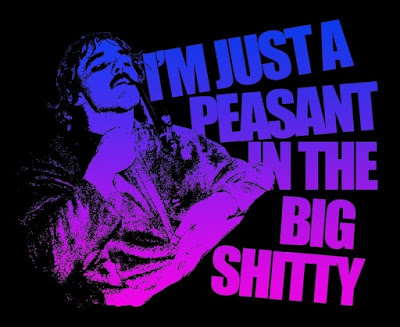