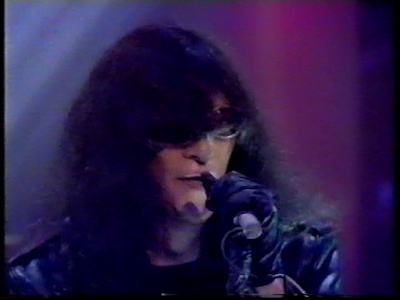 Joey Ramone in the Top of the Pops Studio
(Broadcast 29th June 1995)
Da Brudders back in the UK in the Summer of 1995 promoting the final 'Adios Amigos' album. This appearance as I recall was something of a rarity for the show as very few bands had ever been afforded the opportunity to play two songs on the same show. The Beatles did it once, plus one other.... and The Ramones did it with this back to back performance/mime to 'I Don't Wanna Grow Up' and 'Cretin Family'.
Some criticize the band as being one dimensional and perhaps that could be leveled at them towards the end, although personally I thought that their mid career early '80's efforts were the problem rather than what came later. The fact is that the band were iconic and love 'em or hate 'em they inspired just as many young people in the UK to form a band as the Pistols did.
If you haven't seen it I would recommend that you watch 'The End of the Century' documentary on the band. On the strength of that it is a wonder that they managed to achieve anything let alone some of punk's finest moments! 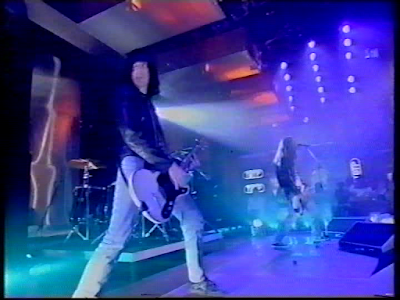 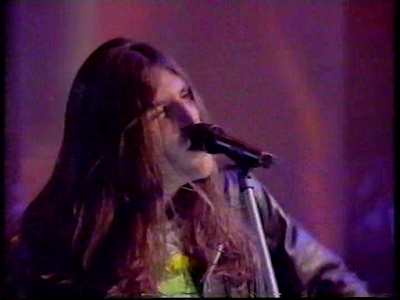 Email ThisBlogThis!Share to TwitterShare to FacebookShare to Pinterest
Labels: 1995, Ramones, The Ramones