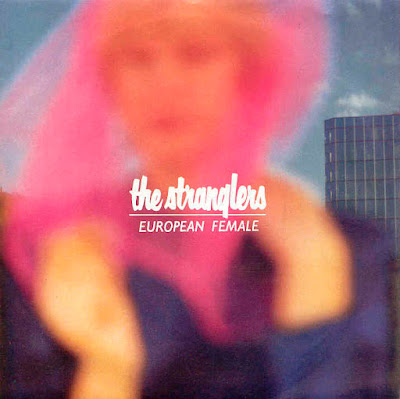 Here's an interesting piece that appeared in UK's Guardian newspaper back in march before all this madness reared it's ugly head. In it Jean-Jacques talks of his European heritage and the story behind the creation of 'European Female', one of the band's last major hit singles and Dave recalls the recording of it.

I love the idea that 'Feline' was intended to bring together and blend the musical styles of both Northern and Southern Europe. Certainly, the touring schedule promoting the album in Europe was punishing with 50 plus dates across the continent (including the UK) throughout 1983.

The tour gave rise to some of the finest live recordings from the band. At that time a pivotal point in the set was the coupling of 'Midnight Summer Dream' and 'European Female' a feature that returned for the 2013 tour but was not pulled off with the panache of the 1983 version. Listening to 'MSD' on the '83 evokes in my mind grand European cathedrals but then again I could just be being a poetic old fool. There is no doubt however that 'Feline' has a very European feel to it, as indeed the band intended it to be. 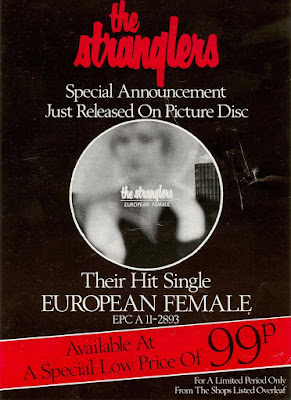 "I was once described in France as “the most English Frenchman and the most French Englishman”. I was born in London to French parents, which was a source of much angst when I was growing up, because I wanted to be English. When I went to a posh grammar school in Guildford, I called myself John because I wanted to fit in. So on the pictures of me in the rugby team I was John Burnel.

I was in the cadets but becoming an officer in the British Army wasn’t open to me, which was another reminder of me being French. English boys’ mums didn’t kiss me at the school gates. I had quite a few punch-ups at school. When I went to college in Huddersfield, a bloke I shared a house with confronted me because my mum sent me a letter addressed to “Jean-Jacques”. He turned out to be the local National Front organiser. I started to think a lot about identity. I guess a lot of immigrants feel the same thing. I started to embrace my Frenchness and the European project early on. My solo album Euroman Cometh, in 1979, was about the ideal of a united Europe and the recognition that more binds us than separates us.

The Stranglers’ Feline album was an attempt to marry the northern element of Europe – represented by synthesisers and electronic drums – with the southern element of Spanish and acoustic guitars. We had songs about Paris and Rome. The concept of Feline was that Europe wasn’t a bulldozer, but was slowly, stealthily taking control.

European Female (In Celebration Of) was an attempt to address my identity and in a way it was my European version of Californian Girls by the Beach Boys. I was going out with a Parisian ballerina, Anna, at the time, so I projected my idea of Europe on to a person. She had green eyes, like in the song. When the French speak, they pout – it’s the way we form words – so “when she speaks, her lips are kissing”. It was a passionate, very destructive relationship, but for three years “she had me in her spell”, which was the idea behind putting us in cages in the video. The line, “We’ll be together for a thousand years” is using the cliche of the thousand year Reich, but in a love song.

I came in with the bass and lyrics and Hugh [Cornwell] added the guitar and harmony on the chorus. If he says I sing it like Marlene Dietrich, I’ll take that. It needed a certain type of delivery. You couldn’t shout or scream it." 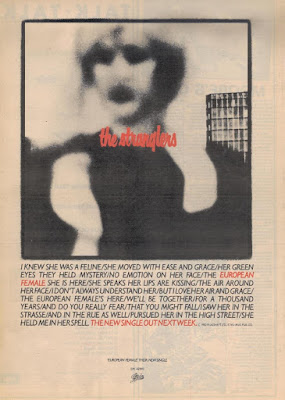 "We recorded it in Brussels, but that wasn’t anything to do with the concept of the song. At the time, you used to save tax by recording overseas, so we recorded a few albums over there. We all had apartments near the studio. Not the height of luxury, but it was a nice working environment. Our girlfriends – mine then is my wife now – were often in the studio. There’s a good chance that Anna, the European Female, was watching while we were recording it.

The song was produced by Steve Churchyard and mixed by Tony Visconti. We’d generally get ideas in the rehearsal room and then work them out there, long before recording. For European Female, I just came up with something on my old synthesiser to go with the band’s bits. The best ideas come pretty quickly. With Golden Brown, for example, I was working on a song called Second Coming with Jet [Black, drummer] but came up with something that didn’t fit, but that unused part eventually became Golden Brown. The keyboard melody for European Female is mostly spontaneous, or very close to it. It’s just two chords, with arpeggios over them. It’s pretty simple, but it fits.

It was our third Top 10 of 1982 following Golden Brown and Strange Little Girl, but it was one of the Top of the Pops appearances where we behaved ourselves. The Musician’s Union guy used to make you rerecord all the tracks [to then mime to on the show], so we’d distract him and use the original. There was a lot of hanging around, so to try and make things more entertaining for ourselves we do things like play the wrong instruments or mime very badly. I once pretended to play with gloves on the end of sticks. We did a TV show in Germany where Jet spent the entire song sawing up a bass drum." 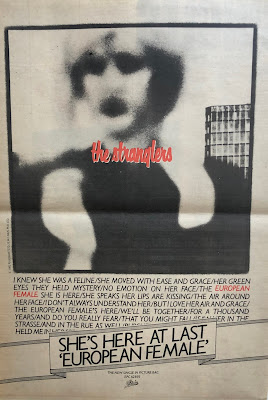