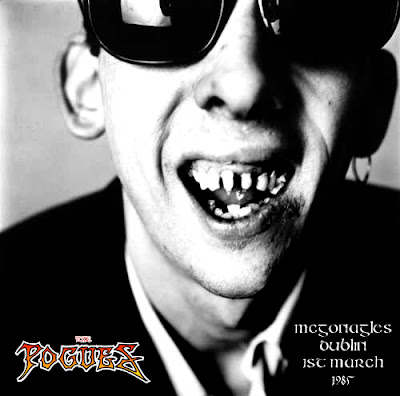 I don't think that I've posted anything from the Pogues before, and yet their first three albums are punk/folk classics. Sadly, I missed them in 1985, first seeing them around the time of 'If I Should Fall from Grace with God'. What a force they were, absolutely brilliant live.... at a time before the drink and drugs reduced Shane to a shadow of his former self.

Here's a soundboard recording from Dublin in '85.

Email ThisBlogThis!Share to TwitterShare to FacebookShare to Pinterest
Labels: 1985, The Pogues