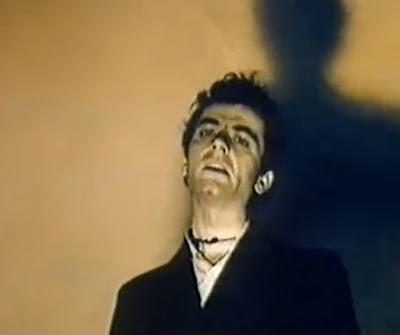 All of the press pieces announcing the imminent arrival of 'Nosferatu' went on to state that live dates were in the planning stage. Like the film of the soundtrack the tour was never to be.

Just imagine how good it could have been. A series of dates in authentic Victorian theatres.... perhaps ex-music halls across the land (assuming that the authorities would have allowed a Strangler to cross the thresholds of such venues) in which the tragedy of 'Nosferatu' was played out on stage. Guests could have abounded...... Dury, Devo, Underwood....

So what happened.... did JJ take his mate aside to deliver some words of warning based on his own experiences of a solo tour earlier in the same year? Is anyone able to shed any light on the why's and the wherefore's of this non-event?
Posted by Musky03 at 17:45