The Coming of the Undead - Nosferatu Unleashed 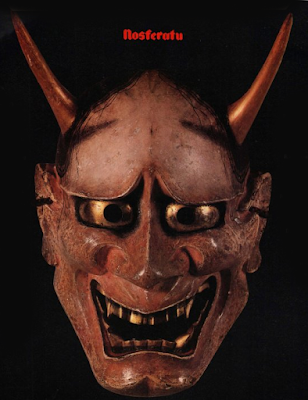 Hugh Cornwell, shortly to join his fellow Stranglers for their headline appearance at the Loch Lomond Festival at the end of May , is putting the finishing touches to his debut solo album.

The record, “Nosferatu” was named after the first Dracula movie and is planned for release in June.

Cornwell has just returned from America’s West Coast where he has been recording the album with a number of players, including former Mother of Invention Ian Underwood, and Captain Beefheart’s drummer Robert Williams. 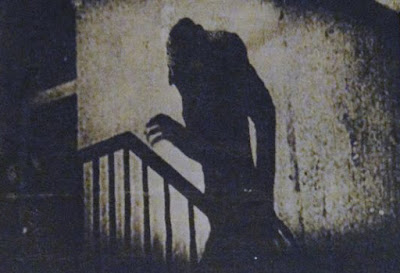 ‘Nosferatu’ was inspired by the very first Dracula movie of the same name, made in Germany in 1922. Hugh has just returned from America’s West Coast, where he has been putting the finishing touches on the album.

The album features Ian Underwood on keyboards and Captain Beefheart’s drummer, Robert Williams, on drums. Cornwell is also expected to a solo tour but no dates are as yet available. 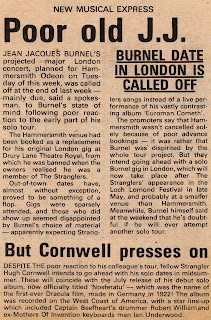 Hugh Cornwell of The Stranglers has a solo album out soon. Young Hughie always wanted to make music that would frighten people and so, as an extra effort to have us dashing to the loo in fear, he’s called the album ‘Nosferatu’. Like the undead, for all you hicks who haven’t been glued to Film ’79. At least with a title like that the photos of Hugh’s rugged face will fit in perfectly.

Written and produced in collaboration with Beefheart drummer Robert Williams, it reputably features members of Devo on some tracks, like the Mothersbaugh written “Rhythmic Itch”, and the Mothers’ Ian Underwood plays sax on “Wired”. The other tracks are “Fear”, “Big Bug”, “Irate Catapillar” and “Puppets”.

The album is preceded by Cornwell’s version of Cream’s “White Room”, released as a single on October 26. The guitarist is currently touring with The Stranglers, but as yet has no plans for solo gigs.