All The Arms We Need - Flux of Pink Indians 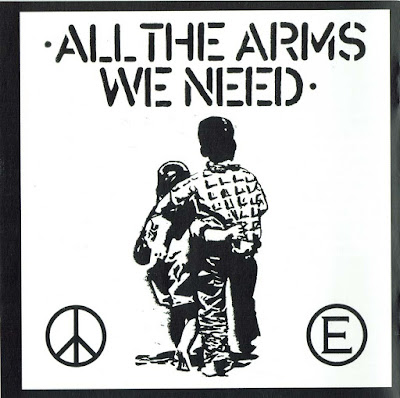 Another big gun in the combined anarcho-punk artillery (I know possibly not the best analogy by which to contrast these bands!) were Flux of Pink Indians. The core of the band went by a few names, the Licks, The Epileptic Fits through to The Epileptics who released the seminal '1970's' EP.

The Epileptics came from Bishops Stortford in Hertfordshire which also happens to be the town that I have lived in for the past 26 years and so for me as an anarcho fan it is something of a point of pride that I can claim The Epileptics/Flux as something of my own... despite the fact that I arrived in the town 'Two Years Too Late'.... and some!

The local music scene was vibrant in the late '70's/early '80's to the extent that it was possible to create to local label 'Stortbeat' that enabled young punk bands from Bishops Stortford and neighbouring Harlow  to release singles.

In the Triad Centre in town, the Stortbeat bands had a supportive venue and with Crass just down the road in Epping, it could be said that the Herts/Essex area was something of a stronghold for the independent anarcho-punk scene. I like the idea anyway!

I picked up my copy of 'Strive to Survive Causing the Least Suffering Possible' a couple of years after its release and it was and still remains a classic. 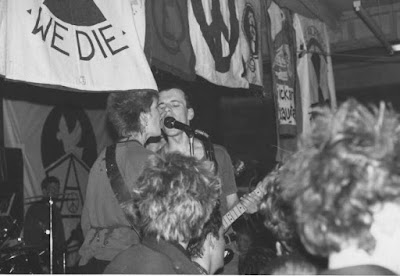 Email ThisBlogThis!Share to TwitterShare to FacebookShare to Pinterest
Labels: 1983, Flux Of Pink Indans