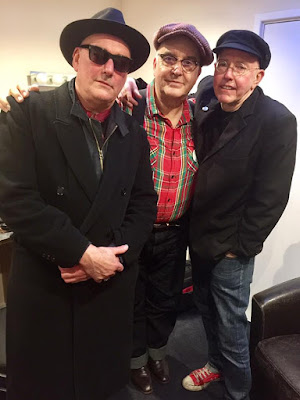 So, we're done for another year, UK tourwise at least. As restated some weeks ago, I don't think that it is on to post gigs from the current tour when the wheels of the tour bus are still turning but as it is all done and dusted, some can be shared.

It will come as no surprise to frequent visitors to this site that the most exiting part of the tour was the presence of Ruts DC as support. The Stranglers and Ruts DC on the same bill night after night! Two of my bestest bands sharing the stage. In fairness, recent years have seen a couple of excellent packages, notably Wilko Johnson and The Rezillos as openers. However, with the greatest respect to them, I have not seen a Stranglers tour support go down as consistently well as Ruts DC.

With a 40 minute set available to them, it was never going to be easy to shape the set but they managed it with a perfect showcase of their diverse material. Both Segs and Ruffy have always been at great pains to keep their shows current, so whilst acknowledging the importance of their back catalogue new material is the key to the set. It would be pointless otherwise. Ruts DC are no man's tribute act for sure!

Take a look at this set from the tour opener. The Ruts classics are all present and correct, but they sit side by side with new material from 2016's 'Music Must Destroy' (which incidentally was 'Vive Le Rock' magazine's album of the year). The dub reggae side of the bands set was limited to the brilliant 'Mighty Soldier', but you can't squeeze everything into 40 minutes can you.

As a big fan of all that The Ruts and Ruts DC recorded, it does seem a little sad that songs such as 'No Time To Kill', 'Whatever We Do' and 'Mirror Smashed' may be back in storage (only to reappear in longer headline sets hopefully) but this is the price a fan has to pay when a band continues to produce new material of such quality that it demands to be listened to!

As the tour progressed (but after this gig), for me the master stroke in the band's set construction was the fact that after playing 'Babylon's Burning', the obvious finale, they continued with the new 'Psychic Attack'. A crystal clear message that said 'This is what we were.... this is what we are!'.

Many thanks as always to Chatts99!! 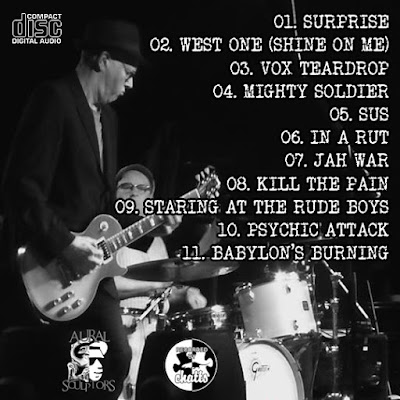