Too Much Fighting On The Dancefloor - A BBC Radio 4 Documentary 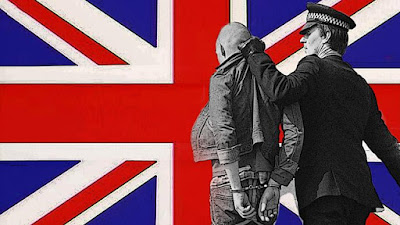 Here is a short documentary produced by BBC Radio 4 about tribalism in music and how such strong identification with a tribe frequently caused tensions that were vented in hundreds of gigs in the late '70's and into the '80s.

I started secondary school in 1980 and this was the first time I really became aware of such strong identification with one particular music or another. I thought it was a very positive thing, but then again having '....is a wanker' added to a Gary Numan logo on my exercise book wasn't up there dramatically with being razored at a Specials gig!

In those first years of senior school so many fashions and musical styles were represented, mod, punk, ska, metal, futurist, casual. It wasn't so unusual for a kid to leave school on a Friday as a mod and return on Monday morning as a casual! Finding yourself I think it's called.

I suppose I saw the very tail end of some of the violence at gigs, when the bands playing were overtly political they tended to draw the opposition to them. Luckily however, I was never at the receiving end of a beating (not at a gig anyway).

To see a fight at a gig now is a rare occurrence indeed. I think the last fight I saw was actually at the back of a Specials gig, but it was a comic scene, in a slapstick, Keystone cops way, a million miles away from a night out with Sham 69 in 1978! 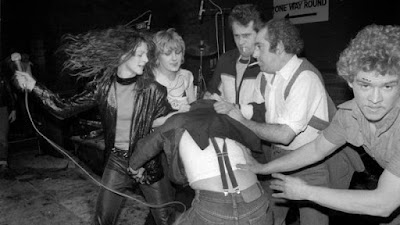 Email ThisBlogThis!Share to TwitterShare to FacebookShare to Pinterest
Labels: Joy Division, The Clash, The Selecter, The Specials