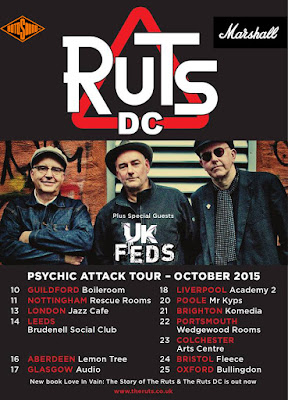 A couple of years ago I saw Ruts DC in Bristol and was blown away by the band but also the venue. So, on this tour as the Bristol date was scheduled for a Saturday night this was a great opportunity to get away for a short city break for a chance to see something more of the city.

This was my fourth gig in four days and I was feeling my age, so this being the penultimate gig of the UK I was expecting to meet some world weary musicians at the sound check, but Segs and Ruffy were nothing of the sort as we retired to the pub next to the venue for a pint and a chat, The Seven Stars pub has its own special place in the dark side of Bristol's history. This 18th century inn was a base for The Association for the Abolition of the Slave Trade and one of its founding members, Thomas Clarkson. From his associations with the pub and its landlord, who shunned any association with the trade that gave Bristol its wealth, Clarkson was able to disrupt the process whereby the masters of the slavers recruited hands to work the boats and thus damage the trade. 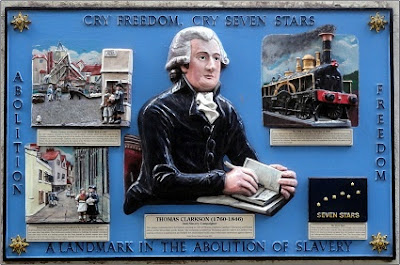 How apt that I was here talking to two blokes who themselves, through their music put up a stand against inequality and racism.

This pub visit also saw a happy reunion after an interval of 30 so years of the band with Mitt Gamon, a very hirsute gentleman who played harmonica on the Rhythm Collision Vol. 1 album.

Having missed the band at their Jazz Cafe date, this was my first chance to catch the tour support, the UK Feds, a nice group of lads from Birmingham who came highly recommended by my son Rudi (who took my ticket for the London show). They were tight as a drum and had the shiniest guitars I have ever seen, the guitarist spent 30 minutes polishing during the soundcheck!

Ruts DC took to the stage opening with a new song 'Surprise', the first of a trio of new offerings. The mix of songs selected for the set is great in that it offers something from every stage of the band's career. Mitt Gamon was invited onto the stage to supplement 'Whatever We Do' and 'Jah War'. At the soundcheck I asked him why it was necessary to transport a harmonica in such a large brief case. He replied 'Well, you never know which key you will be asked to play in so I've got 36 in here!'

'In A Rut' rounded off a perfect set  that brightened a very wet Bristol day.