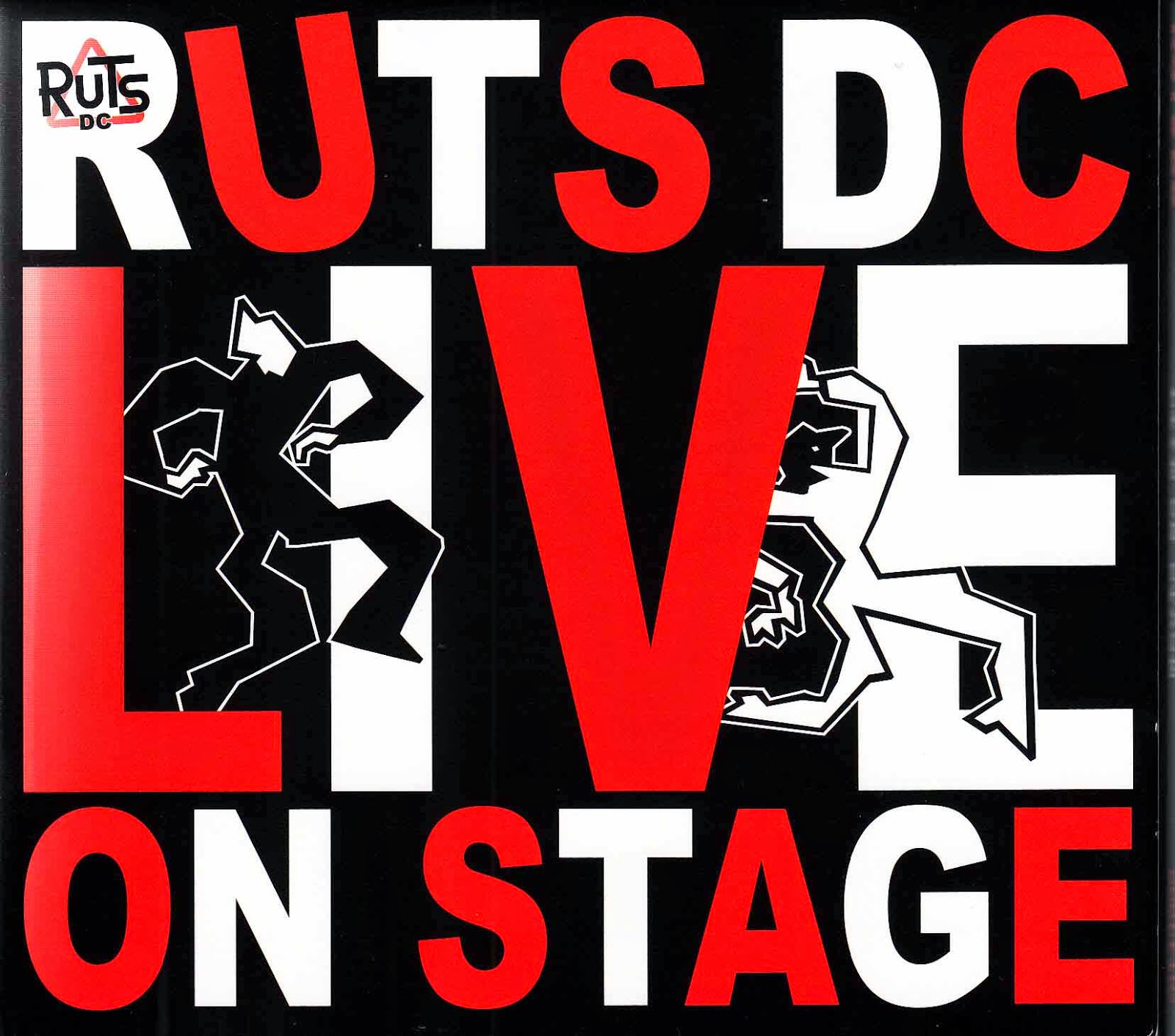 Back in March 2013, after the frustrations of a string of cancelled gigs, I was invited down to Bristol to see the band play the Fleece in Bristol. On this occasion the plan was to interview Segs and Ruffy for an upcoming piece on the band in ‘Vive Le Rock’ magazine. This was quite a big deal for both interviewer (fan and friend Andy Peart) and interviewees as at this point in time the resurrected Ruts DC did not have many gigs under their belt and any kind of media coverage was most welcomed.

For my part I promised to keep my mouth firmly zipped (cross my fingers and hope to die) for the duration of the interview, despite having a multitude of questions in my own head. In the event staying quiet was easy (to be honest getting a word in would have been a greater challenge!) as the band talked openly and freely about all aspects of the band’s career, from the life affirming high’s of teatime TV appearances and tours with The Damned to the devastating lows of losing Malcolm and the low handed treatment meted out by a certain record company in the months that followed. On these two topics Segs became visibly moved and furious in turn. The memories are still very painful despite the passage of time.

The interview was scheduled to last about 30 minutes, but as there was so much to be said and perhaps so much that needed to be said to set the record straight, the tape only stopped rolling after an hour and 15 minutes! As on stage Segs did most of the talking (he does it well!) whilst Dave held it together at the back, correcting his mate from time to time on minor points of detail.

That interview from my point of view was a journey through a series of experiences and emotions connected through the music of The Ruts and Ruts DC. This is exactly what ‘Live On Stage’ is all about. It is like a career spanning interview in music and lyrics. So as not to sacrifice songs, most of the stage banter has been removed..... but go and see them live and it’s there aplenty. This rapid-fire delivery of the songs only serves to emphasise the power behind them.

Recorded over a handful of gigs, the 15 songs collected together for ‘Live On Stage’ have been closely scrutinised in order to best represent the band’s core set over the past two years and together they drive a stake into the ground that unambiguously states what the Ruts DC of 2014 are all about.

Every studio album is represented in this set, from ‘The Crack’, through ‘Animal Now’ and ‘Rhythm Collision 1’, to the magnificent ‘Rhythm Collision 2’, which undoubtedly showcases the band’s diverse musicality. Listen, if you only want to hear The Ruts, get hold of ‘It Was Cold In Hamburg’ or ‘Live At The Marquee’ but to pass on ‘Live On Stage’ would be your loss (N.B.  ‘It Was Cold In Hamburg’ and ‘Live At The Marquee’ are also highly recommended by the way!).

I love the fact that on the majority of occasions on which I have seen them they have opened, as on here,  with ‘Whatever We Do’, a song that raises a few bemused eyebrows in the audience as the song is probably largely unknown, before the band allay the fears of the old punk guard with a Ruts double of ‘Backbiter’ and the powerhouse ‘It Was Cold’, dedicated here to Malcolm Owen. Now moving into Ruts DC territory the intensity is ratcheted up a few notches as an impassioned ‘No Time To Kill’ is here linked with the civil war currently raging in Syria.

‘Smiling Culture/SUS’ is what my son might describe as a ‘mash up’. It’s a masterstroke that entwines two songs, both absolutely deeply rooted in events occurring at the time that they were written but separated by the passage of 34 years no less. And yet the subject matter is the same.  ‘Smiling Culture/SUS’ could be Ruts DC’s manifesto, a musical stand against establishment ignorance and prejudice. What progress have we made? I am really pleased that this combination has been properly documented on this album as SUS is now appearing in the band’s set in its own right.

‘Mirror Smashed’ brings with it a moment of dark reflection (no pun intended!) when ‘your schemes have run aground’, but before the listener has had time to take in the meaning, Ruts DC have picked them up by the boot straps and propelled them back to 1979 into the turmoil of a battlefield of a gig with ‘Staring At The Rude Boys’ (scenes of which are thankfully unlikely to be seen again at a Ruts DC gig!).

‘Love In Vain’ speaks for itself, then as now for Malcolm (but here also dedicated to Paul Fox). I can only imagine what emotions this song evokes in Segs as he sings Malcolm’s first person lyrics that so eloquently describe his, ultimately hopeless, struggle with heroin. A song that for certain puts hard drug use into sharp perspective, or ‘too much fucking perspective’ as Spinal Tap would have it.

‘Rhythm Collision 2’ highlight ‘Mighty Soldier, lifts the mood musically, even if the subject matter (child soldiers) is still grimly taboo. It is to be regretted that a live version that features the vocal talents of Tenor Fly was not available for this album, but I guess that’s just the way things go. I know, moan moan!

Now into the final straight of the set and the big guns of the Ruts arsenal are brought up to the front line to test the stamina of the audience. ‘Jah War’, ‘West One (Shine On Me)’ and a relative latecomer to the set ‘Something That I Said’ giving guitarist Leigh Heggarty a proper high impact workout! The band tease the audience next with ‘Rhythm Collision 1’ trach ‘Weak Heart’ making the briefest of appearances before segueing into an incendiary ‘Babylon’s Burning’.

‘Live On Stage’ concludes with ‘In A Rut’ and the circle is complete. It may have taken them 30 odd years but Ruts DC are not languishing in a rut at all..... they’re out of it with as incontrovertibly evidenced by  ‘Live On Stage’.

For Segs and Ruffy (and let’s not be forgetting Molara and Leigh) the last three years have been truely tumultuous. From the ‘Let’s see how this turns out’ dates with Alabama 3 back in late 2011 to the triumphant sets of Rebellion 2014, I don’t think that anyone on the inside or outside of the band camp could have anticipated just how well it has turned out. Two new albums, long awaited CD releases of the back catalogue , scores of gigs, a book and new material being penned to boot...... it’s a fine time to be a Rut! 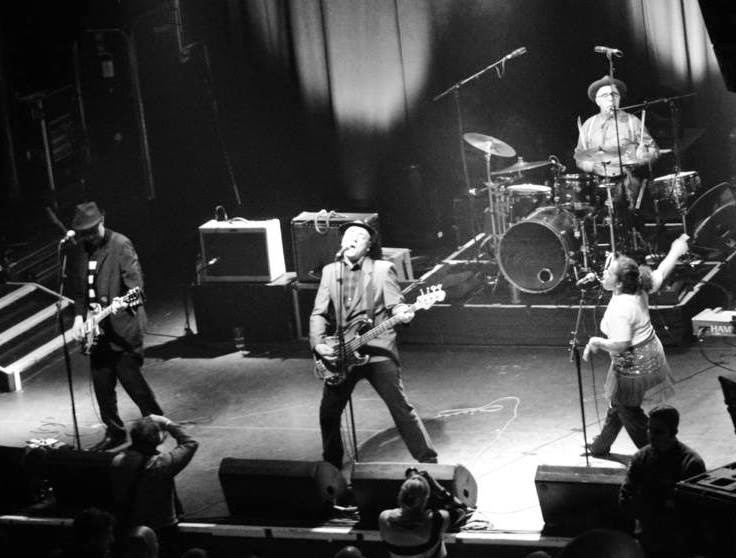