This is quite a rare recording I am led to believe, released as a Spanish pressed bootleg in 1987 entitled 'Greatest Hits Volume IV - Live In Spain'.


Stinky Turner and Co. are still playing with 35th Anniversary dates lines up for November including one on the 15th November at the O2 Academy Islington. 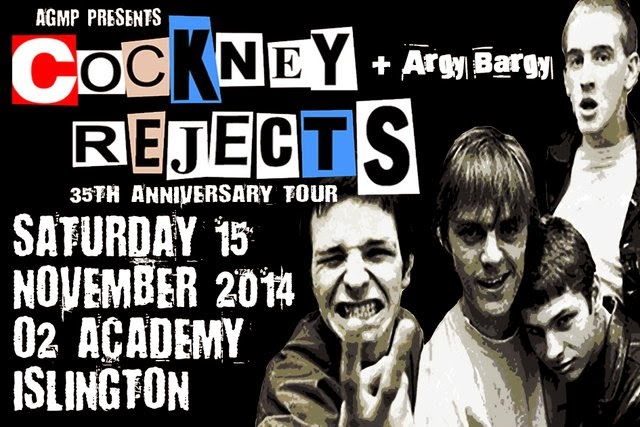 Email ThisBlogThis!Share to TwitterShare to FacebookShare to Pinterest
Labels: 1987, The Cockney Rejects