The psychedelic beat combo, Naz Nomad & The Nightmares, were in fact a thinly veiled spin-off of The Damned. Songs collected on the soundtrack album of a fictitious horror B-movie entitled 'Give Daddy The Knife Cindy' were in the main covers by the '60's garage and psychedelic bands that had been an influence to members of The Damned. The album also features two original tracks, neither of which were played in this brief set.

The recording comes from the Acid Daze all day event in London's Finsbury Park in which Naz Nimad shared the bill alongside Doctor & The Medics, Ozric Tentacles, Voodoo Child, Gaye Bikers On Acid, Pop Will Eat Itself with the psychedelic real deal Hawkwind headlining.

This is the full set recording, which also includes the track 'Looking At You' itself a regular in The Damned's sets.

I did get to see Naz a couple of times in the '80's, once at the Marquee and once at the 'Son of Acid Daze' at what was The Town & Country Club.

Interestingly, The Stranglers equivalents, The Purple Helmets, were doing something in a very similar vein at the same time, albeit playing R&B covers in favour of psychedelic songs. 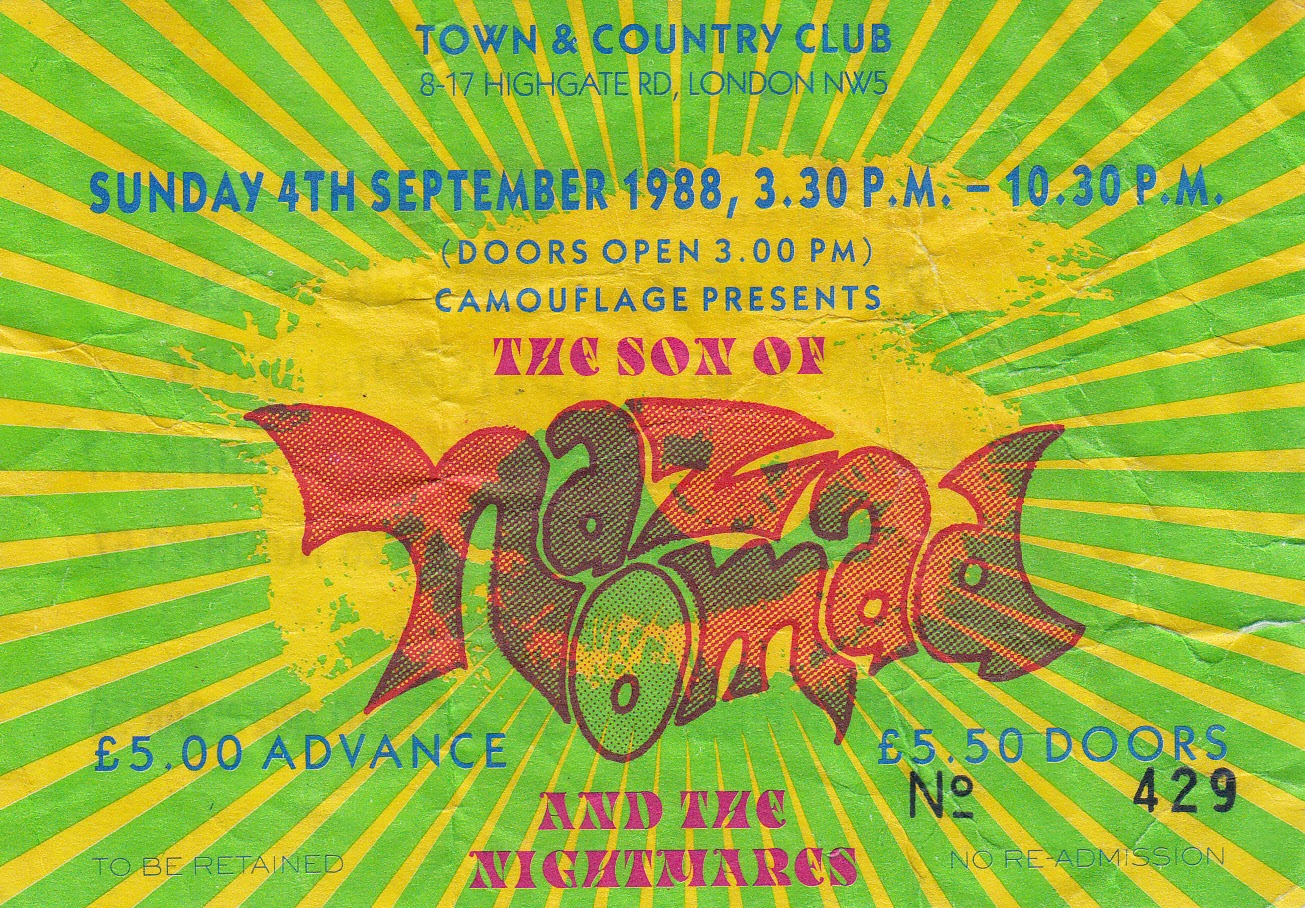 Email ThisBlogThis!Share to TwitterShare to FacebookShare to Pinterest
Labels: 1987, Naz Nomad And The Nightmares, The Damned